Skip to navigation
Home / Pharmacy Library / What is Keratosis pilaris?

What is Keratosis pilaris?

You may not have heard of keratosis pilaris, but there’s a good chance you’ve been affected by this common skin condition, particularly when you were younger. Keratosis pilaris is more commonly referred to as chicken skin, because it looks like the skin of a plucked chicken (it can also look like you have goosebumps, which may explain why it’s also sometimes called goose flesh).

Keratosis pilaris can affect anyone of any age, though it most often starts in childhood and becomes more obvious during adolescence and adulthood. In the UK it’s thought to affect 50 - 80 per cent of teenagers and around 40 per cent of adults, with women more likely to get it than men (i). Indeed, the British Association of Dermatologists believes it may affect as many as half the population (ii).

While keratosis pilaris is very common, the good news is it’s completely harmless and in many cases it eventually clears up by itself, often by the time you reach your 30th birthday.

How to spot the signs and symptoms of keratosis pilaris?

You can tell you have keratosis pilaris if you have patches of small bumps measuring 1 - 2mm in diameter typically on your arms (often the back of the upper arms), thighs or buttocks. These bumps can appear on other parts of your body too, including your lower back, chest, face and eyebrows, or anywhere that hair grows – making your skin feel rough and like sandpaper. The bumps can be the same colour as your skin or they can be red (keratosis pilaris rubra), which may explain why they are sometimes mistaken for acne. The spots can also be brown on white skin, the medical name for which is hyperpigmented keratosis pilaris.

Other types of keratosis pilaris

While keratosis pilaris is very common there are some other, less widespread forms of the condition that can cause tiny, scar-like dents and loss of hair. These include:

What triggers and causes keratosis pilaris?

Keratosis pilaris is the result of hair follicles in your skin becoming blocked with a build-up of keratin (keratosis means too much keratin, while pilaris comes from the Latin for hair: pilus). The build-up of keratin in each follicle is often called a plug.

Keratin is a type of protein that’s found in hair, nails and skin, where it helps to bind cells together. The keratin plugs of keratosis pilaris are often made not just from keratin but also dead skin cells. And while they may look like tiny pimples, these plugs don’t have ‘heads’ like typical acne spots.

Nobody yet knows exactly what triggers keratosis pilaris, but experts think it’s a genetic problem in more than half of those who are affected by it. According to the British Association of Dermatologists it’s usually found in more than one member of a family, and usually there’s a one in two chance that each child of a parent with keratosis pilaris will inherit the condition (ii).

You may also have a higher risk of developing keratosis pilaris if you have one or more of the following:

Keratosis pilaris-like bumps can also be a side effect of certain cancer therapies, such as vemurafenib, which is a targeted therapy medicine used to treat melanoma.

Most people with keratosis pilaris don’t need any medical treatment, and in many cases the condition clears up eventually. Some, however, may want to improve the appearance of their skin, especially if they have keratosis pilaris on a visible area of their body.

While there is no cure for keratosis pilaris there are prescription and over-the-counter treatments that can improve the condition temporarily. Your doctor or dermatologist may recommend the following:

Moisturising treatments: Creams and lotions that soothe itchy, dry skin may also improve the appearance of the keratosis ‘rash’. Ask a pharmacist to recommend a moisturiser that’s suitable for you. According to the British Association of Dermatologists, creams containing exfoliating agents such as salicylic acid or lactic acid (see below) and/or a moisturising ingredient called urea may be more effective than emollients (medical moisturisers), and can be bought over the counter at pharmacies or obtained on prescription (ii).

Exfoliation treatments: Creams and lotions that remove dead skin cells and prevent hair follicles from becoming blocked may also be useful. Look for products that contain gentle dead skin dissolving acids such as lactic, salicylic, alpha hydroxy or glycolic acid, or try using a soft facial brush or an abrasive mitt, pad or washcloth to slowly break down and remove the keratin plugs. If gentle exfoliation doesn’t do the trick, ask your doctor or dermatologist about stronger prescription creams to help dissolve the plugs (though try to avoid harsh scrubs as they can make the problem worse).

Meanwhile if you use acid-based creams or lotions – either over-the-counter or prescription products – remember they can cause negative side effects in some people, including redness, dryness, irritation and stinging. These products aren’t suitable for young children. Always use the amount of acid-based exfoliating creams or lotions your doctor or dermatologist recommends and only apply it as often as they recommend. If your skin becomes dry or irritated, stop exfoliating for a few days.

Retinol creams: These creams are derived from vitamin A and work by promoting cell turnover and preventing hair follicles becoming blocked. Mild retinol creams are available over the counter, but you may need a prescription-strength cream to tackle keratosis pilaris. These creams aren’t usually suitable for use during pregnancy and breastfeeding, plus they can irritate and dry the skin.

Lasers: Laser treatment isn’t usually available on the NHS and tends to be expensive. However there is some evidence some types of lasers may improve skin texture in people with keratosis pilaris (iv), though you may need one type of laser treatment to reduce swelling and redness and another type to improve the texture of your skin and reduce discolouration. You may also need several or ongoing treatments for lasers to work.

Topical steroid creams: Creams such as hydrocortisone may help if your skin has become itchy or inflamed.

Other treatments you could try include microdermabrasion (an intense exfoliating treatment), chemical peels and intense pulsed light (IPL) therapy. Each of these may help reduce the appearance of your skin, but none is a guaranteed cure for keratosis pilaris.

How to treat and support yourself

Since dry skin often makes keratosis pilaris worse, one of the things you can do yourself is to keep your skin as hydrated as possible. Use moisturiser on the affected parts of your skin regularly and apply it generously. In the meantime, here are some of the other things you can do that may help:

Keratosis pilaris can look unsightly but the good news is most people grow out of it by the time they’re 30. In the meantime there are ways of improving your skin’s appearance and giving yourself a self-confidence boost. You can read more about conditions that affect your skin in our skin care pages. For information about a wide range of health issues, visit our pharmacy health library. 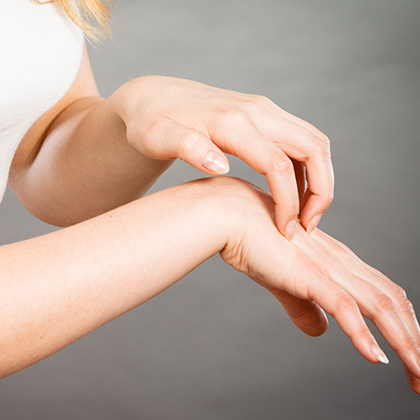 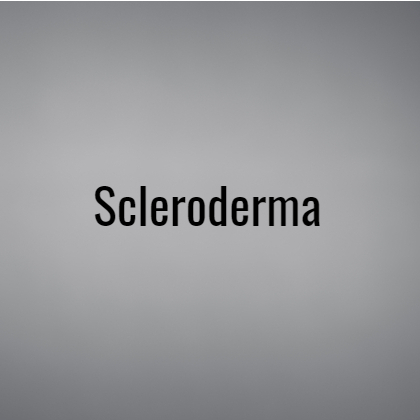