What to Eat to Support the Female Monthly Cycle

In a single month, the female anatomy undergoes some pretty extraordinary changes: your hormones oscillate, your mood swings from all-time high to all-time low, and your body loses blood. Feeling like a slave to your menstrual cycle? You’re not alone. According to a recent study published by the Archives of Gynaecology and Obstetrics, the hormonal fluctuations in a woman’s monthly cycle are responsible for sudden changes in appetite, thought processes and mood, sparking cocktail of unpredictable emotions i.

Recently, non-conventional methods of dealing with PMS have grown in popularity. A trend earning the most traction? Something called ‘cycle syncing’. Advocates of this holistic method believe it not only helps women feel on their A-game at all points in their cycle, but it may even eliminate many of those irksome PMS symptoms (goodbye crying spells, brain fog, insomnia, anxiety and stomach cramps). Here’s what you should know before diving in.

How does it work? The science

Tempted to give this nutritional approach a go? A quick heads up: the idea of syncing your cycle with your diet isn’t compatible with some forms of contraception, namely the hormonal-secreting ring and the Pill. This is because these methods prevent you from ovulating – in other words, your brain and ovaries aren’t engaging in a conversation, so you don’t have a cycle and won’t experience the cyclical phases outlined below. That’s not to say the foods we mention won’t still be ‘good’ for you; they just won’t help to regulate your hormones, that’s all. Top tip: if you’re not on birth control, try tracking your cycle using a journal or an app. Clue, My Flo, Flo Period Tracker and Period Calendar are just some of the Apps available to download (all hail the progress of technology!). Finally, it’s worth mentioning that though these healthy eating tips will support energy and mood during your cycle, they aren’t a miracle cure for PMS. Okay, science lesson over, now onto the fun stuff.

The first day of your cycle welcomes your period. You know the deal here: your body sheds the lining of the uterus and bleeding takes place. At this point, your hormones oestrogen and progesterone plummet, and boy does your body know about it.

Feeling fatigued? It’s not surprising. Your body loses iron through blood, so you’ll want to up your intake of iron-rich foods to support energy levels ii. Think lentils, quinoa, leafy greens, pumpkin seeds and lean meats. It’s wise to partner these foods with a form of vitamin C, like peppers, strawberries, or citrus, to assist with the bioavailability (the rate at which your body absorbs nutrients) of the iron. Pssst…if you’re vegetarian or vegan, it’s even more critical to keep your iron levels topped up. Don’t underestimate its importance!

Now’s the time to think about herbs and spices, too. Cinnamon, for one, has been shown to support the symptoms of painful periods (dysmenorrhea) in young women ii. What a good excuse to use even more of this aromatic spice in cooking? Add it to breakfast muffins, smoothies, porridge or sprinkled on top of your morning cappuccino. Just delicious.

To restore some harmony to your mood, you’ll want to fill up on foods that pack a fatty-acid punch. In a randomised trial, omega-3’s were shown to control some of the hormonal imbalances iii. Embrace healthy fats like avocados, nuts and seeds. Oh, and aim for 2-3 portions of oily fish (especially cold-water fatty fish like salmon, mackerel, tuna and sardines) per week, too.

A final word on cravings: we all get them, don’t we? And they are especially prevalent at this time of the month. Where possible, try to resist the urge to indulge in comfort foods that are laden with sugar and salt. Instead, find wholefoods to satisfy that hunger. Try two squares of quality dark chocolate with some frozen berries. Or, if you have more of a savoury-tooth, make your own popcorn with a dash of extra virgin olive oil, sea salt or nutritional yeast.

When your period ends, your oestrogen levels begin to rise gradually. Since the gut is responsible for processing oestrogen, it can really help to add gut-friendly grub to the mix. Fermented foods are one way to turbocharge your friendly bacteria. Kimchi, kombucha, kefir, miso and sauerkraut are brimming with live bacteria and will support your micro biome.

You’ll want to eat plenty of B vitamins at this point, too. This family of nutrients will tackle the important job of energy production. Load up on legumes, nuts, leafy greens, Vitamin B12 is especially vital for the production of red blood cells, metabolic function and the central nervous system. The catch-22 is this nutrient can only be found in animal products. So if you’re eating a plant-based diet, make sure you’re reaching for fortified foods like nutritional yeast and nut milk.

Ovulation is the shortest phase of your entire cycle. During this stage, your oestrogen levels peak, and your progesterone and testosterone hormones are on the rise, too. Focus on loading up on anti-inflammatory foods here, in particular, wholefoods, fruits, vegetables and almonds. They boast a range of impressive health benefits, which are thought to have a positive impact on your hormones.

Side note: the ovulatory phase is the best time to squeeze in some high-intensity workouts. Your energy levels are sky-high at this point in your cycle, so you can really reap the rewards at the gym.

The luteal phase marks the end of your fertile window; your progesterone levels begin to spike, triggering bloating, constipating and feelings of fatigue. At the end of this stage, your body is warming up for the arrival of your period. Yup, get ready for more PMS symptoms…

If you suffer from whirlwind PMS symptoms, magnesium is one powerful weapon in your arsenal. According to the findings in a recent literature review, researchers discovered magnesium supports the nervous system and hormonal function iv. Tummy trouble? Magnesium’s got your back (or stomach, should we say). Multiple studies suggest magnesium works by relaxing the muscles and reducing the prostaglandins that trigger abdominal discomfort v. No wonder people call it ‘nature’s tranquillizer’? With that in mind, fill up on magnesium-rich foods at this point in your cycle – dark chocolate, leafy greens, legumes, and nuts. Top tip: magnesium works best when consumed with its trusty pal, vitamin B6, so try to combine these foods with poultry, milk, potatoes, soya beans and eggs vi.

Calcium is another oh-so-mighty mineral to consider. This compound continues to be directly associated with supporting the reduction of PMS symptoms, such as fatigue and low mood vii. Why? Well, research tells us calcium impacts cell behaviour and serotonin formation, which, in turn, affects mood viii. Calcium is needed for optimal vitamin D absorption, too. To power-up your calcium and vitamin D levels, turn your attention to dairy products, especially milk and cheese. Baked Camembert, anyone?

This well-known spice, turmeric, is a useful culinary condiment to have to hand. In a randomised, double-blind placebo-controlled study, curcumin (the active ingredient found in turmeric) was found to influence neurotransmitters and modulate inflammation ix. Tantalise your taste buds by adding turmeric to scrambled eggs, roasted vegetables, rice, soup, curries and tea. Heck, you could even jump on the turmeric latte hype!

Eating a balanced diet – one that features a wide range of fruit, vegetables, healthy fats, lean proteins, and wholefoods – is the secret to thriving during your monthly cycle. While the guidelines above will certainly support your body throughout the cyclical phases, you don’t need to follow them to the letter – it simply undermines the purpose of this nutritional approach. Sometimes, it can be just as powerful to listen to your body and eat appropriately. Your monthly cycle already puts you under enough stress; don’t add fuel to the fire! 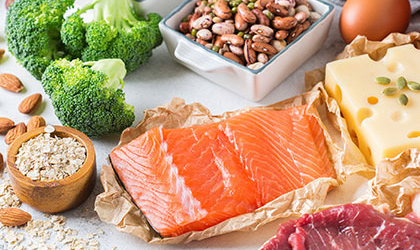 Foods To Nourish Your Body During Menopause 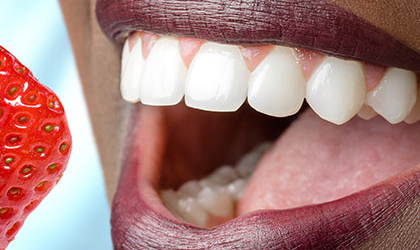 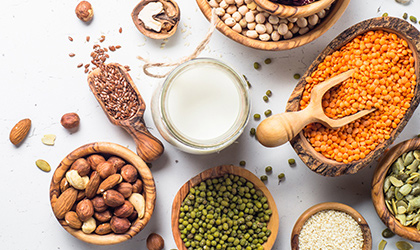 Are You Getting Enough Protein? How To Increase Your Intake