Sometimes called red eye or pink eye, conjunctivitis is a condition that causes inflammation of a part of the eye called the conjunctiva.

In addition to inflammation, it can make your eyes red, itchy, gritty and with a watery discharge. Depending on what causes it (see Types of conjunctivitis, below), conjunctivitis can also make your eyes and eyelashes feel sticky, especially first thing in the morning.

What is the conjunctiva?

A membrane that lines the inside of the eyelid and then curls back over the sclera - the white part of your eye - the conjunctiva gets its name from the fact that it conjoins your eyeball to your eyelid (if the sclera also becomes inflamed, the condition is known as scleritis).

This clear, transparent mucous membrane covers all of the front surface of your eyeball except the central part, the cornea, which covers your pupil and iris.

There are three sections in the conjunctiva:

Conjunctivitis can affect anyone of any ethnic background, of any age and either gender. But while it’s usually a fairly minor problem, it can be very frustrating and have a significant impact on your day-to-day life (for instance, it could affect your work or make it difficult for children to concentrate at school).

If you get conjunctivitis, it usually affects just one eye in the first instance. But after just a few hours, your other eye may be affected too. It usually clears up fairly quickly - often within a week or two - but some people develop conjunctivitis that lasts for months or even years.

The inflammation of conjunctivitis can be caused by a number of things, the three most common of which are infection, allergy and irritation.

The most usual things that infect the conjunctiva are bacteria and viruses, often the same ones that cause coughs, colds, sore throats, ear infections and even sexually transmitted infections such as chlamydia. Many people get conjunctivitis with or after they’ve had a cold, though it’s also common to have conjunctivitis on its own. Most cases aren’t serious and clear up within a week or so without damaging the eye.

This type of conjunctivitis often starts with redness and watering of the eye or eyes, but there’s not usually a discharge - unless the infection isn’t treated, which can cause a yellow discharge. Symptoms include a burning sensation in the eye or the feeling of having grit in your eye, and you may find your eyelids become stuck together with a glue-like discharge after you’ve been sleeping.

If you're a contact lens wearer and you have infective conjunctivitis, your eyes will feel a lot more comfortable if you take your lenses out and don’t wear them again when the infection has cleared up (don’t re-use any lenses you’d been wearing while you had the infection, as this could reinfect your eyes).

This type of conjunctivitis is also common and is estimated to affect up 15 - 40 per cent of the population in the UK (ii). It is caused by an allergy to things such as pollen, dust mites, pet dander, cosmetics. make-up or preservatives in eye drops. It can make your eyes feel itchy, gritty, sore, watery (but not usually sticky) and cause a burning sensation.

You may have symptoms of allergic conjunctivitis all year round if you’re allergic to dust mites, or just at certain times of the year with hay fever. Your eye symptoms may also be accompanied by other allergy symptoms such as sneezing and a blocked nose.

If you have symptoms caused by cosmetics, make-up, eye drops or other substances that come into the conjunctiva, it can also make your eyelids puffy and inflamed - a condition called contact dermatoconjunctivitis.

Again, if you’re a contact lens wearer, stop wearing your lenses until your symptoms have disappeared.

A less common type of allergic conjunctivitis, meanwhile, is a condition called giant papillary conjunctivitis. Often caused by contact lenses, this is thought to affect up to five percent of people who wear soft lenses and around one percent of those using hard lenses (iii). Giant papillary conjunctivitis can also affect people who have eye surgery, especially those who have eye stitches after their operation or who have a prosthesis (artificial eye or part of the eye) fitted during the operation.

Your conjunctiva can also become inflamed when it becomes irritated. This can happen when you have an eyelash that rubs against the conjunctiva, when you're in a smoky environment (or when you come into contact with fumes) or when you use a swimming pool (the chlorine in the water is thought to be the culprit). Some people even find shampoo irritates their eyes, causing irritant conjunctivitis.

Mild cases of conjunctivitis don’t usually need any treatment, as they will usually clear up by themselves in a couple of weeks (within two to five days in many cases).

If you do need treatment, it will depend on what’s causing the inflammation:

If your infection is severe or has lasted for more than a fortnight, your GP may advise you to take antibiotics. The two main types of antibiotics used for conjunctivitis are chloramphenicol and fusidic acid. Both come in the form of eye drops, though chloramphenicol is also available as an eye ointment (chloramphenicol can also be bought over the counter without a prescription).

You can also use lubricant eye drops to soothe soreness if your conjunctivitis is mild - these too are available over the counter at pharmacies, or you can ask your GP for a prescription.

Another way you can help yourself is to clean any sticky discharge from your eyelids and eyelashes with cotton wool soaked in boiled water that’s been left to cool. Also try to avoid touching or rubbing your eyes, as it can make the infection worse and, if your infection is just in one eye, it can help it spread to the other eye. Protect yourself against conjunctivitis by washing your hands thoroughly with soap and water if you’ve been in contact with someone who has infective conjunctivitis.

Treatments used to relieve allergies are used in many cases of allergic conjunctivitis, particularly those caused by pollen, dust mites and pet dander. These include antihistamines, which come in the form of eye drops or tablets (tablets are available over the counter at pharmacies), mast cell stabilisers - again usually as eye drops - and topical corticosteroids. The latter - steroids in a cream, gel or ointment - are only used in severe cases of allergic conjunctivitis.

Meanwhile, since most cases of giant papillary conjunctivitis are caused by wearing contact lenses, the solution is to stop using them. Indeed, avoiding the substance that you’re allergic to wherever possible can help in most cases of allergic conjunctivitis. Read more about reducing your exposure to pollen if you have hay fever.

According to the NHS, most cases of irritant conjunctivitis don’t need any treatment, as the condition should clear up once the irritant is removed from the eye.

Serious complications of allergic conjunctivitis are rare. In the case of infective conjunctivitis, infections caused by bacteria can cause complications, including meningitis, cellulitis (an infection of the deep layer of skin and tissue), septicaemia (blood poisoning) and ear infections in children.

The NHS claims neonatal conjunctivitis isn’t serious in most cases, but if you notice any redness in your newborn’s eyes, contact your GP, as they will need specialist assessment and treatment.

A small number of cases of neonatal conjunctivitis are caused when a baby is born to a mother who has a sexually transmitted infection (STI) such as chlamydia or gonorrhoea. Chlamydia, for example, doesn’t usually cause symptoms, so some mums-to-be may have it without realising it. But if your baby develops infective conjunctivitis as a result, they have a one in five chance of developing pneumonia too (iv).

Meanwhile, conjunctivitis can also cause inflammation of the cornea (the central part of the front of your eye covering the pupil and iris). This condition is known as punctate epithelial keratitis (keratitis for short), and can make your eye painful and sensitive to light. It can also cause ulcers to form on the cornea, which can permanently damage your vision if they leave scarring on your cornea.

Symptoms of keratitis include pain, blurred vision, difficulty opening your eyelid and a sensation of having something in your eye. If you notice any of these symptoms, go straight to your hospital’s A&E department or get in touch with your GP immediately.

Most cases of conjunctivitis may not be serious, but the condition can make your eyes feel sore and uncomfortable for a week or longer. The following natural supplements may help boost your resistance to the infections that cause it, as well as maintain healthy eye blood vessels:

Since many cases of conjunctivitis are caused by viruses such as the common cold, taking a good-quality multivitamin and mineral supplement may be useful. Choose a supplement that contains nutrients such as vitamins A, C and D as well as the mineral zinc, as these are believed to support immune function (boosting your immune system may also help if you’re affected by allergic conjunctivitis).

These substances - plant pigments called antioxidants - are found in dark and richly coloured fruit, such as blueberries, blackberries, raspberries and red grapes. They’re often recommended in supplement form by natural nutrition practitioners to boost eye health, since they’re thought to help support small blood vessel health, including the capillaries in the eyes

This plant-based antioxidant – classed as a carotenoid – has also been found to reduce inflammation (v). Astaxanthin is a particularly powerful antioxidant (vi) and is derived from a freshwater microalgae called Haematococcus pluvialis (it’s the red pigment in the algae that give certain fish and shellfish their red or pink colour – salmon and lobster, for instance).

You can get astaxanthin in your diet by eating foods such as salmon, lobster, shrimp, crawfish and crab, but it’s unlikely you’d be able to eat enough of these foods to get the amount of astaxanthin needed to see any real vision benefits. Taking a high-quality supplement, however, would provide a more beneficial dose of astaxanthin – plus it’s a good option for anyone who doesn’t like eating fish or seafood.

You can read more about astaxanthin and how it benefits other aspects of vision health in our article Astaxanthin and Eye Health: The Potential Benefits

Alternatively, if you’d like to read more about a number of other common health conditions, our health library is a good place to start. 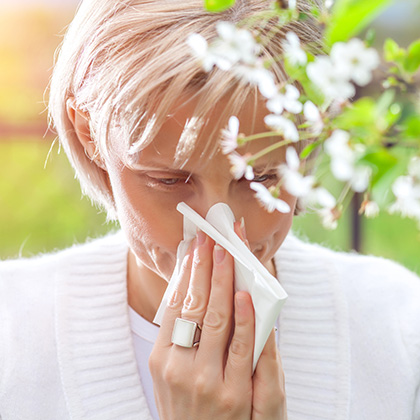 What is Hay Fever? 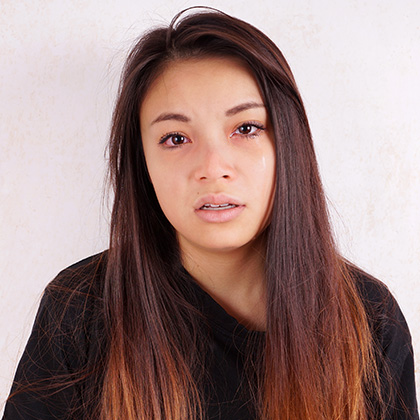 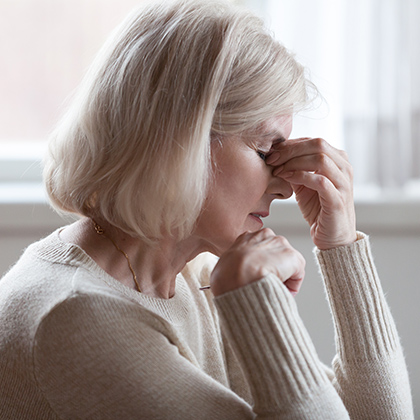