One of the most common sexually transmitted infections (STIs) in the UK, chlamydia can affect anyone who’s sexually active.

According to Patient the most current figures suggest more than 200,000 new cases of chlamydia are diagnosed each year in England (i). Younger people are most commonly affected – the National Institute for Health and Care Excellence (NICE) claims around seven in every 10 people diagnosed with chlamydia are aged 25 or younger (ii). Indeed if you live in England and are under 25 and sexually active, health experts recommend that you get tested for chlamydia every year or whenever you have a new sexual partner (iii).

You’re also at risk of getting chlamydia if you don’t use condoms or if you’ve had more than one sexual partner in the last year.

It’s also thought that the bacteria may be spread through contact with infected semen or vaginal fluid. This means you may not have to have penetrative intercourse to get chlamydia, as the infection may be spread through touching another person’s genitals. The infection may also be spread if infected semen or vaginal fluid gets in your eye. Alongside chlamydia, genital herpes is another sexually transmitted infection, although it is contracted virally.

Another way to get chlamydia is to share sex toys that aren’t washed or covered with a new condom with each use.

You can’t, however, get chlamydia simply by kissing or hugging someone or from sharing a towel with an infected person. Chlamydia also can’t be passed on through swimming pools or by sitting on toilet seats.

One of the major problems with chlamydia is that many people affected by it may not realise they have the infection. Experts believe seven out of 10 infected women and five out of 10 infected men don’t have any symptoms (i), so unless they get tested they don’t know they have the infection. Indeed you could have chlamydia for months or even years without realising it, during which time you could be passing it to others.

Some people, however, do experience symptoms. These usually start between one and three weeks after being initially infected – though some people don’t develop symptoms until months later. Occasionally the symptoms can start, then disappear a few days later. But it doesn’t mean the infection has disappeared too.

If you’re a woman with chlamydia you have just a 30 per cent chance of experiencing symptoms (i). The following are among the most common:

Meanwhile around half of all men with chlamydia will have some symptoms, the most common of which include:

If you have chlamydia in the rectum, it can cause discomfort and an unusual discharge. If the infection affects your eyes, it can cause redness, pain and a discharge. Chlamydia in the throat, on the other hand, isn’t common, and if you’re affected you won’t usually have any symptoms. If these symptoms don’t sound like yours, you might be experiencing gonorrhoea.

If you have any of the symptoms of chlamydia it’s important to get tested, as this is the only way you can be certain you have the infection.

If you’re at risk of having chlamydia but you don’t have any symptoms, it’s still important to get yourself checked out. You may, for instance, be at risk if you or a partner has recently had unprotected sex, if a sexual partner tells you they have a STI, or if you’ve been diagnosed with another type of STI. Even if your partner has tested negative for chlamydia, it’s important to have a test yourself too, as you may still have it.

Start by speaking to your GP about it. You can also get advice and tests from your local sexual health clinic (these are also often called genitourinary medicine, or GUM, clinics) and from some local contraceptive clinic. Find sexual health services near where you live.

Testing kits that you use yourself at home are also available. If you decide to use a home test kit, speak to your GP or pharmacist first, as some of them aren’t always very accurate.

If it turns out that you do have chlamydia, it’s important to tell any recent sexual partners that they need to get tested too. But if you prefer not to contact them yourself, the clinic can get in touch with them instead without giving out your name or any other details.

How is chlamydia treated?

Chlamydia is commonly treated with antibiotics, and according to the NHS more than 95 per cent of people with the infection will be cured if they take their antibiotics as prescribed (iv).

Several different types of antibiotics are prescribed for chlamydia, but the two most commonly used are azithromycin – which is given as two or four tablets that you take all at once – and doxycycline, which you take for a week in two capsules a day. Other types of antibiotics may be prescribed to women who are pregnant or breastfeeding, or to people who have allergies.

If you’ve been having any of the symptoms you should notice an improvement fairly quickly after being treatment, with symptoms usually disappearing within a week or two (if your symptoms persist, see your doctor or visit your local clinic again).

However it’s also important not to have sex until you and your partner or partners have completed your treatment. If you’ve been treated with azithromycin, it’s recommended that you avoid having sex for a full week, just to make sure you don’t catch the infection straight away again or pass it on to someone else.

If you don’t take antibiotics to treat a chlamydia infection, there’s a risk the infection could spread and cause potentially serious complications months or even years after you became infected.

In women the complications can include the following:

PID can develop if the chlamydia infection spreads to other parts of the reproductive system such as the ovaries, uterus or fallopian tubes. This can cause a number of problems including an increased risk of ectopic pregnancy, infertility and long-term pelvic pain.

You may have PID if you have symptoms similar to those caused by chlamydia, such as pain during urination, bleeding after sex or between periods and discomfort or pain during sex. If you think you may be affected, speak to your GP or get medical advice as soon as you can, as PID can usually be treated easily if you catch it early on. You’re also less likely to experience problems such as infertility if you treat PID quickly.

If you have chlamydia during pregnancy and aren’t treated for it, your risk of having a premature birth becomes higher than normal. You may also be more likely to have a baby with a low birth weight, and you may have a higher risk of having a miscarriage or stillbirth. You can pass the infection to your baby, which means they may be affected by complications such as eye and lung infections.

Chlamydia in women does not, however, cause cervical cancer.

Men with untreated chlamydia may also experience complications, including…

This is an infection of the testicles and the tubes that carry sperm from the testicles, called the epididymis (another word for epididymo-orchitis is epididymitis). The symptoms include sudden or gradual pain in one or both testicles, a swollen scrotum (the bag of skin that contains the testicles) and a lump or swelling around a testicle caused by a build-up of fluid.

Again, a course of antibiotics is the usual treatment. Not treating epididymo-orchitis effectively, however, may cause fertility problems.

Chlamydia is the most common cause of SARA, a condition that causes inflammation in the joints, eyes or urethra. Symptoms usually flare up within a few weeks of being infected with chlamydia, and while SARA is more common in men, it can affect some women with chlamydia too. There is no cure, but the symptoms can be treated and usually subside within a few months.

How to prevent chlamydia

If you’re being treated with antibiotics for a chlamydia infection there are a few natural supplements that could give your immune system a boost, helping your body to recover effectively:

Experts believe live bacteria – also called ‘friendly’ bacteria or probiotics – may help regulate and support the immune system (v). These live bacteria are thought to help restore the natural balance of bacteria in your gut.

As well as having a healthy diet, taking a high-strength multivitamin and mineral supplement may help make sure your immune system is getting all the nutrients it needs to stay as strong and effective as possible, especially when dealing with infections. Make sure any supplement you take includes good levels of zinc, which is thought to be important for immune function (vi) as well as vitamin D (vii).

Another supplement that may be useful for immune health is elderberry extract as it contains powerful antioxidants called anthocyanins. There is also evidence to suggest that black elderberry extract may increase the body’s production of chemical messengers within the immune system called cytokines, suggesting it has an immune-enhancing function (viii).

Vitamins B and C

Both of these vitamins support the normal functioning of the immune systems. But despite the fact that they’re found in a wide range of everyday foods, many of us may be running short. To make sure you’re getting the level of the B and C vitamins your immune system needs, you may want to consider taking a high-quality B complex supplement as well as a high-quality vitamin C supplement. You can also get both nutrients in good levels in a quality multivitamin and mineral formulation.


Managing an STI can be difficult, but with this guide, we hope to make it a little easier. To discover more information on a number of other common health conditions, visit our health library for some helpful advice. 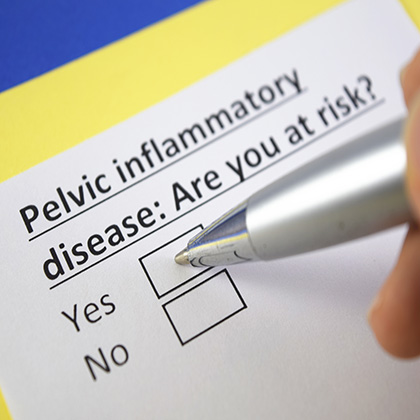 Do I have Pelvic Inflammatory Disease (PID)? Understanding the signs, symptoms, and treatment 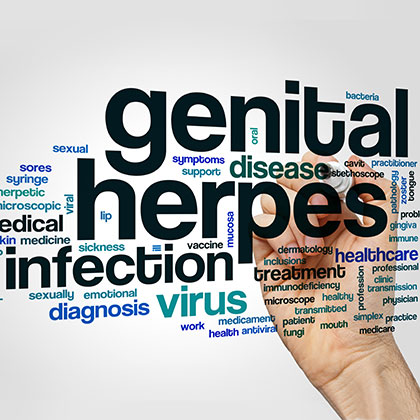 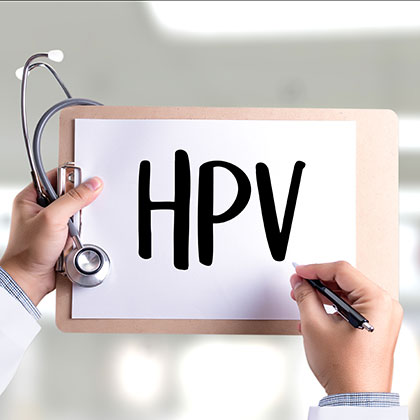