Skip to navigation
Home / Our Blog / Osteoporosis: How Alcohol and Smoking Can Impact Bone Health

Osteoporosis: How Alcohol and Smoking Can Impact Bone Health

You’re probably not that surprised to see the likes of smoking and excessive alcohol consumption here. Beyond compromising countless areas of your wellbeing, these habits will strive to hijack your bones, too. Some might even go as far as to call them the worst vices for your bone health. Find out more about habits that can hijack your bone health Indeed, there’s a growing raft of evidence to suggest smoking in any amount and drinking to excess could pave the way for weakened bones later in life. Affecting 3 million people living in the UK, this debilitating condition renders bones more prone to breakages – something as humdrum as a cough could spark a fracturei. That being said, we understand going cold turkey can prove difficult. So, if after reading this article you’re convinced to knock these habits on the head, be sure to get as much help as you need.

Cigarette smoke produces vast amounts of free radicals – pesky molecules that attack and penetrate the body’s natural defences. These toxins trigger a wave of damage that ripples throughout the body, targeting organs and cells that are involved in maintaining bone health. They also skew the delicate balance of hormones, in particular, oestrogen, which keep bones strong and sturdy. In response to smoking, your liver generates more oestrogen-destroying enzymes, leading to further bone loss. So, if you’re menopausal, smoking is only going to make your already-waning bone health much, much worse. That’s not all: free radicals and nicotine also annihilate your bone-making cells – osteoblasts. Plus, smoking damages blood vessels, resulting in a poor blood supply of oxygen and making it harder for the body to heal fractures when they occur.

The link between smoking and compromised bone mineral density has been widely documented in empirical data. A systematic review of approximately 60,000 participants revealed smokers had a much greater risk of fractures than non-smokersii. You see, smoking is known to increase the risk of hip, spine, distal radius and other weaken bone-related fracturesiii. In fact, a landmark study illustrated that one in eight hip fractures may result from cigarette smokeiv.

Building bone doesn’t happen overnight. It will take a long time to rectify the damage caused by smoking – and some of the damage may be irretrievable. Ultimately, the heavier you smoke, the longer it will take for your bones to recover. That being said, there is hope. A 2006 study published in the Journal of Women’s Health found that a group of postmenopausal women who stopped smoking for one year had much better bone mineral density in their femoral trochanter and total hip compared to those participants who continued smokingv.  By far, one of the best things you can do for bone health is to quit the smokes once and for all. Of course, this is easier said than done; smoking is notoriously addictive. Try to make the process as accessible as possible: be sure to set a quit date and honour it; get as much support as you need; use medication should you require it; and be prepared for a relapse. Remember, it’s not just about stubbing out cigarettes; it’s about choosing to live your life healthily. Find our more about how to keep yourself healthy with a range of different exercises

Besides the cardiovascular risks and liver disease, drinking to excess doesn’t bode well for your bones, either. For starters, excessive alcohol consumption disrupts the delicate balance of calcium in the body, which is needed to bolster and maintain healthy bones. The calcium status quo may be further compromised by alcohol’s ability to hamper the production of vitamin D – another nutrient that’s essential for the proper absorption and utilisation of calcium. Beyond this, heavy drinking can also spark hormone deficiencies in both men and women. In women, chronic alcohol abuse can cause menstrual irregularities, which threatens to reduce oestrogen levels and increase the risk of weakened bones. For men, on the other hand, alcoholism is thought to hinder the production of testosterone – a vitally important hormone associated with cells that stimulate bone formation called osteoblasts. Drinking to excess may also elevate the amount of cortisol in the body. Otherwise known as the ‘stress hormone’, cortisol increases bone breakdown and decreases bone formation. It’s also worth mentioning that alcohol affects gait and balance, meaning heavy drinking can make falls, fractures, and breakages much more likely.

The damaging effects of excessive drinking are consistently supported by scientific evidence. In one study, female participants, aged between 67 and 90, who consumed six drinks per day experienced greater bone loss than their female counterparts who drank minimallyiv. Another large analysis involving 5,939 men and 11,032 women found that drinking more than one to two ounces of alcohol a day increased the risk of any osteoporotic fracture by 38% and hip fracture by 68%vii. Another large study, again conducted on thousands of participants, saw bone mineral density was noticeably lower – that is, 3.0-5.2% lower – in the spine and hip when more than two drinks a day were consumedviii.

The relationship between alcohol consumption and the risk of fracture is, of course, dose-dependent. The take-home message is this: to support your bones, avoid drinking more than 2 alcoholic drinks a day. And if you’re a woman, you may even want to limit your consumption to one tipple because of the effect alcohol has on oestrogen. Drinking any more than this will put you at a much greater risk of weakened bones. The type of alcoholic beverage could also make a difference. Generally speaking, wine and beer are believed to affect bone health less than hard alcoholix. Wine had a rich phytochemical content, in particular, resveratrolx. Beer, on the other hand, has high silicon (a mineral found in bones) propertiesxi. In addition to cutting back on beverages and limiting your consumption of spirits, why not use smaller glasses for your tipples, too? Your bones (and head) will thank you for it.

Are Your Bones Healthy: Signs and Symptoms to Look out For 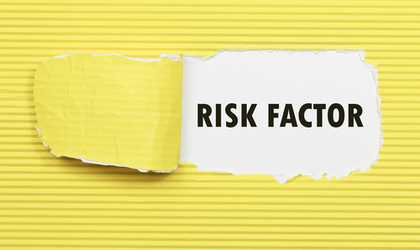 Bone Health Factors: Am I at Risk of Osteoporosis

What Makes Our Skin Age? Lifestyle Factors That Cause Ageing