Cystitis is a common urinary tract infection (UTI) that affects the bladder. According to the NHS, More women are affected by cystitis than men, with about half of all women thought to have cystitis at least once in their lifetime and one in three having it by the age of 24 (i). If you’re pregnant, sexually active or have had the menopause, you’re more likely to have cystitis. One in five women also experiences further bouts of cystitis, called recurrent cystitis (ii).

And while it may be less common in men, cystitis can be more serious than in women, depending on what’s causing it. In fact, it can affect anyone of any age, including children. However, cystitis isn’t a sexually transmitted disease and you can’t catch it from toilet seats.

Cystitis is inflammation of the bladder that is usually caused by a bacterial infection (see Cystitis: symptoms and causes, below). There are, however, other less common types of cystitis, including the following:

This is a chronic form of cystitis where lymphoid follicles form in the bladder. If you have follicular cystitis, you may have to take antibiotics as well as steroid treatments to reduce inflammation.

This type of cystitis is rare but thought to be more common in people with allergies. It’s caused by a build-up of a type of white blood cell called eosinophils in the bladder.

This can be caused by chemotherapy drugs such as cyclophosphamide and ifosfamide, which break down into substances that irritate the bladder when they are excreted from the body.

Radiation therapy used to treat cancers of the pelvic organs can cause injury to the bladder, the result being radiation cystitis. One of the ways this type of cystitis is treated is by giving Botox injections (iii).

Also diagnosed as painful bladder syndrome, this has similar symptoms as cystitis, but it isn’t caused by a bacterial infection. In fact experts aren’t sure what causes it, but there are theories that it could be the result of a defect in your bladder tissue or changes in the nerves that carry bladder sensations, or that it could even be a type of allergic reaction (iv).

Interstitial cystitis is thought to affect around one in 50 women, and it’s thought that about a quarter of people who have it may have had some symptoms since they were children (iv). Smoking may aggravate the symptoms, while stress may be involved in triggering flare-ups.

In adults, the main symptoms of cystitis are pain or a stinging sensation during urination, bladder pain and needing to urinate frequently (or you may only be able to pass a few drops of urine when you feel you want to go). It can also cause your urine to look dark or cloudy, possibly with traces of blood, and you may suffer a sharp pain low in your abdomen or your lower back and feel generally unwell and with a high temperature.

The symptoms in children are slightly different, including pain during urination, weakness, vomiting and irritability.

Some other conditions have similar symptoms to cystitis, including urethritis (inflammation of the urethra), thrush, gonorrhoea and chlamydia.

If bacteria enter your bladder and multiply, they can fasten to the lining of the bladder causing irritation, inflammation and infection. There are many things that can cause this to happen, including failing to empty your bladder fully when you go to the toilet (this may be a result of being pregnant or – if you’re a man – having an enlarged prostate). A prostate infection such as prostatitis may also cause cystitis in men.

An infection can also develop if bacteria from the anus come into contact with the urethra, the tube that carries urine from the bladder (a common type of bacteria that causes cystitis is Escherichia coli or E. coli (v)).

Since the female urethra is much closer to the anus than the male urethra, this is much more likely to cause cystitis in women. For instance, bacteria can be transferred during sex or during wiping after going to the toilet, or even while inserting a tampon or before having sex while inserting a diaphragm.

Meanwhile, several things can cause damage or irritation to the urethra and may lead to inflammation, including bladder or kidney conditions such as a kidney infection, using fragranced soaps and other bath and body products, friction from sexual intercourse and having a catheter (tube) inserted into the urethra after surgery.

The NHS also claims cystitis has been linked to recreation use of a drug called ketamine (vi).
Other risk factors:

According to the NHS, women who have been through or are going through the menopause may be more likely to develop cystitis, thanks to changes in the natural balance of bacteria in the vagina allowing potentially harmful bacteria to become more common and leading to infection in the urethra and bladder (vi). The lining of the urethra can also become thinner owing to lower levels of the hormone oestrogen during and after menopause.

If you have a blockage in your urinary system caused by a bladder stone, it means you may not be able to empty your bladder fully – which can lead to the development of a bladder infection.

Those with diabetes may also be more likely to get cystitis because high levels of sugar in their urine help bacteria to multiply and get into their bladder.

Other types of UTIs

Cystitis caused by a bladder infection is known as a lower urinary tract infection (UTI). An infection of the urethra is also a lower UTI. Both cause similar symptoms, including pain or discomfort during urination, bladder pain and the need to urinate more frequently than usual.

However, there are upper UTIs too, including infections of the kidneys or ureters (the tubes that connect the kidneys to the bladder). While lower UTIs are common and are usually easily treated, upper UTIs can be a lot more serious, especially if left untreated, as the infection can damage the kidneys or cause blood poisoning (sepsis).

As well as causing similar symptoms to lower UTIs, upper UTIs can make you feel and be sick, cause pain in your sides or back, make you shiver and give you chills, cause a high temperature, and make you feel confused, agitated or restless. And like cystitis, these infections are more common in women and children than men.

Are you at risk?

Many of the risk factors that make people more likely to develop cystitis increase your risk of developing a kidney infection too, such as being pregnant, having an infection of the prostate gland (prostatitis) and using a urinary catheter. If you have a condition that stops you from emptying your bladder fully or were born with an abnormality in your urinary tract, your risk of developing a kidney infection/upper UTI may also be higher than normal.

The symptoms of a kidney infection can come on very quickly. If you think you may be affected, see your GP as quickly as possible. You may need to take antibiotics to prevent the infection from damaging your kidneys or spreading further – if you do need antibiotics, you should feel better after a couple of weeks.

Most cases of mild cystitis tend to clear up on their own within a few days. But there are several remedies available over the counter that claim to offer symptom relief. These usually come in the form of sachets of granules containing ingredients such as sodium bicarbonate, sodium citrate and potassium citrate, which you mix with water. Typically you take a sachet three times a day for 48 hours, and should also drink plenty of extra water in the meantime. These remedies aim to work by lowering the acidity of your urine, though according to the NHS there’s a lack of evidence to suggest they’re effective (vii).

Whether you use OTC treatments or not, if your symptoms don’t clear up within three days you may need a course of antibiotics from your GP.

If your symptoms don’t clear up after 48 hours, you may need a course of antibiotics from your GP.

Other things you can do that may help include taking over-the-counter painkillers if you’re experiencing discomfort (placing a hot water bottle on your stomach or between your thighs may also provide some relief). Also try to avoid drinking alcohol – or at least limit the amount you drink to a minimum – and refrain from having sex until the infection clears up.

How to prevent cystitis

Antibiotic treatment for cystitis is usually very effective. However, as prevention is always better than cure, here are some of the things you can do to avoid developing a bout in the first place:

Arguably the most popular natural supplement for cystitis is cranberry, which is available in tablet or powder form. Several studies suggest cranberry prevents bacteria from adhering to the wall of the bladder (viii), allowing the bacteria to be flushed out of the bladder during urination. Indeed, one study confirms that bacteria find it easy to adhere to the bladder walls of women who develop frequent bouts of cystitis (ii). A more recent review also confirms that cranberry supplementation can safely be suggested as a complementary therapy in women with recurrent UTIs (x).

Other supplements that may be beneficial include vitamin C, both for its strengthening effect on the immune system and for its action on bacteria that cause urinary tract infections (UTIs). Soluble fibre supplements may also help to maintain a healthy balance of beneficial bacteria in the gut and vagina, which in turn may help to reduce the risk of UTIs.


Managing cystitis may be difficult, but this guide should put you on the right track. For more information on how to support your overall health, visit our health library. 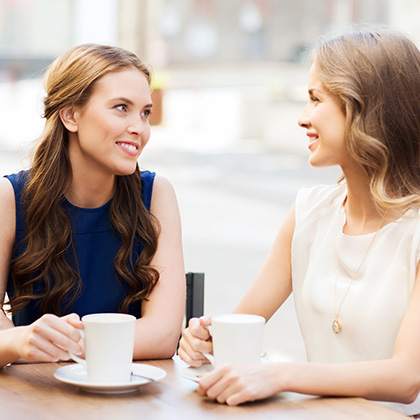 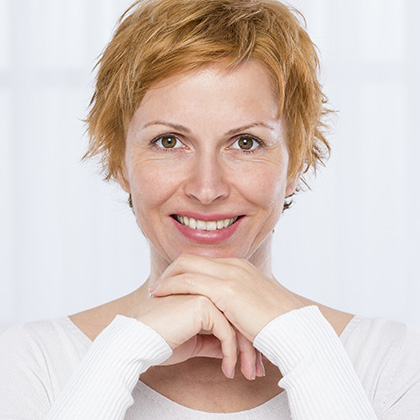 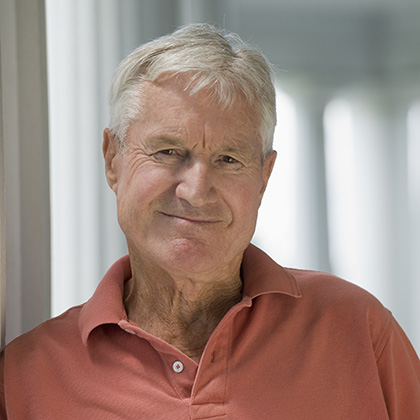