Some people call it squinting while others call it crossed eyes, but the medical term for when your eyes don’t look in the same direction at the same time is strabismus. Living with strabismus can be difficult and may cause self-esteem issues. However, there are several things you can do to improve a squint, plus there are treatments that can be highly effective if the problem is detected early enough.

Squinting is most common in babies and young children, though older children and adults can develop the condition too. According to the RNIB, it affects two to three per cent of children in the UKi. If you’re concerned your child may be affected by a squint, this guide outlines what you should know.

One of the most common eye problems in children, squint is when eyes don’t move as a pair – while one eye is looking straight ahead, the other may turn inwards, outwards, up or down.

Some children may have a permanent squint, but others only experience it now and then – when they’re tired or ill, for instance, or just when their eyes look in a particular direction. Some squints can also be very slight, which means they can be hard to notice. And it may be the same eye that turns each time, or the turning may alternate between both eyes.

Squint is often caused by problems with the muscles attached to the eyes that control how they move. But it can also be a result of a problem with the nerves that transmit information to the muscles, or the part of the brain that controls eye movement. When one of these things happen the eye muscles attached to one eye don’t receive the same signals from the brain as the other or the muscles don’t respond the same to the signals. Either way, the result is eyes that point in different directions.

There are several different ways of describing squint that depend on a number of factors, such as:

What causes squint in children?

In some children – including babies born with a squint – there’s no particular cause. Things that can cause it, however, include:

Most children with a squint don’t have any related health problems. But in a small number of cases squint can be a part of conditions including cerebral palsy, Down’s syndrome, retinoblastoma (a rare type of eye cancer) or it can be caused by a brain injury or a tumour.

Some things can also increase a child’s chances of developing a squint, including when the problem runs in the family, when a baby is born premature or when they have a low birth weight. External factors and eye conditions such as light sensitivity could also be the cause of squinting.

How does it affect vision?

Squint doesn’t just affect the appearance of the eyes. If left untreated, it can lead to permanent vision problems in the affected eye, such as double vision. And because their eyes don’t work together it can reduce a child’s binocular or 3D vision, which is essential for depth perception. Therefore, if you’re concerned your child may have a squint, it’s important to speak to your GP or health visitor about it, so your child can be fully assessed by an eye expert.

Sometimes a squint isn’t obvious, however. That’s why it’s important to look out for other problems, such as your child regularly turning their head to one side, or if they keep one eye closed when looking at things. If a young baby appears to have a squint, on the other hand, this is usually normal, and it should disappear by the time they reach four months.

The good news is treatments for a squint are usually successful, and most children whose squint is diagnosed and treated early develop good vision in both eyes. These treatments help their eyes work together properly, preventing problems with binocular or 3D vision and making sure both eyes develop normally. However, as a child’s eyes stop developing by the time they reach the age of seven or eight, it’s important treatment is given before that time. Common treatments include the following:

In the meantime, there’s lots you can do as a parent to help your child cope with the emotional aspects of having a squint. If other children are teasing them because of the way their eyes look, or because they wear glasses (or glasses with a patch), let them know you understand how they feel, and explain that the other children may only be behaving that way because they themselves lack self-confidence.

You can also help build your child’s self-esteem by praising them when they do something well or when they achieve one of their goals. Let them know on a regular basis how proud you are of them, and encourage other family members to do the same.

Finally, if you know other parents of children who have had successful treatment for a squint, encourage your child to meet them and get to know them. Spending time with others who’ve had a similar problem may help them feel reassured and more positive about their future.

For lots more information on eye conditions, how they are treated and what you may be able to do to maintain or improve your vision, take a look around our Vision Health Hub. 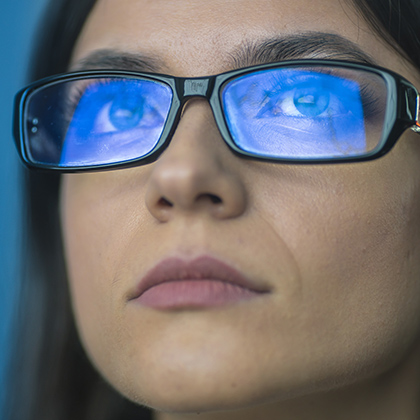 Are Blue Light Glasses Really Enough to Protect Your Eyes 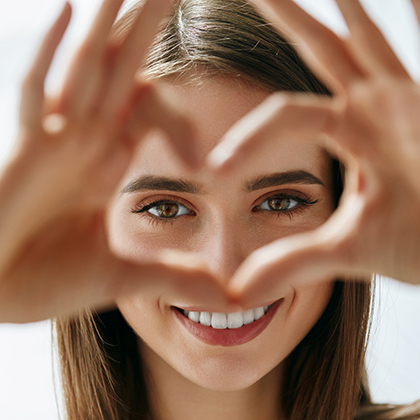 Lutein and Zeaxanthin: How Can They Assist with Eye Health? 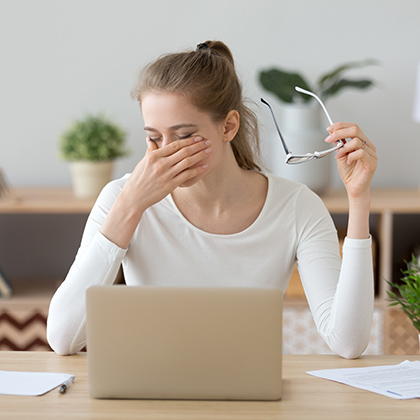