Skip to navigation
Home / Pharmacy Library / What is RSI?

Repetitive strain injury (RSI) is a general term for conditions that affect the muscles, tendons, ligaments, nerves, other soft tissues and joints, causing pain and other symptoms. Also called upper limb disorders (ULDs), these conditions generally affect the neck, shoulders, arms, wrists, hands and fingers (carpal tunnel syndrome, for example, is a common type of RSI that affects the wrists and hands)

Many people may associate RSI with overworked office staff who spend their days hunched over computer keyboards or factory workers using heavy machinery. But it can affect anyone who makes frequent, repetitive movements, either at work or at play (some sports, for instance, can lead to the development of RSI). Even children are at risk of developing RSI because of the way computer games consoles, smartphones and other digital devices are operated.

Apart from making repetitive moments such as twisting, squeezing, hammering, pushing, pulling, lifting and reaching, there are other factors that may contribute to the development of RSI, including the following:

How many people have RSI?

According to the Health and Safety Executive, there were 203,000 reported cases of work-related ULDs during 2018/19 (i). More detailed statistics on RSI cases are difficult to find, since RSI is usually grouped with other musculoskeletal conditions, such as back and lower limb conditions. However one American study suggests 68 per cent of female high-school runners and 59 per cent of male runners have a history of overuse injuries, of which RSI is one (ii).

Another study suggests that the number of repeated trauma cases accounts for four per cent of overall workplace injuries and 65 per cent of all occupational illnesses, with work-related upper limb disorders accounting for most cases (iii).

Meanwhile according to the TUC, manual workers – both skilled and unskilled – are most at risk of developing RSI, with older workers reporting more problems than younger workers. Women workers are also more at risk than men, as are those who are in less secure employment such as people on fixed-length contracts (iv).

As well as aches, pains and tenderness, RSI can cause stiffness, tightness, tingling, numbness, weakness, cramp and throbbing. Symptoms often develop gradually rather than suddenly, and initially you may only be affected while you’re doing whatever action is causing the problem (that is, the symptoms wear off when you’re at rest). Symptoms can sometimes resemble the pains associated with sports injuries or strains, so it’s important to differentiate between the two.

However, if you don’t take steps to relieve or prevent the symptoms, they may gradually become worse and you may be affected for longer periods or even all of the time.

RSI injuries are often divided into two categories: type 1 and type 2. Type 1 RSI includes well-defined syndromes, such as the following:

Also called beat elbow or 'frozen shoulder’, bursitis is inflammation of the soft tissue between either the skin and bone or between the bone and tendon (cords that connect the muscles to the bones), causing pain and swelling. It's thought to be caused by pressure on the elbow and repetitive shoulder movements.

Caused by pressure on the median nerve that passes through the wrist, carpal tunnel syndrome symptoms include pain, tingling and numbness in the fingers and thumb. Using vibrating tools as well as working with a bent wrist – such as at a computer keyboard – may cause it.

Sometimes called beat hand, cellulitis affects the palm of the hand, causing pain and swelling as a result of using hand tools such as hammers and shovels.

This is a hand condition where the fingers – sometimes just the ring and little fingers – bend towards the palm and cannot be straightened, caused by the thickening of scar tissue under the skin on the palm. It may be seen alongside other RSI problems, such as bursitis or tendinitis.

Most commonly known as tennis elbow, epicondylitis is the term for inflammation of the tendons at the point where they attach to the bone, causing pain and swelling. It's linked to strenuous jobs such as bricklaying.

Cysts that form under the skin, ganglions are usually found on the back of the fingers or wrist, and are caused by repetitive hand movements. The swelling may feel tender, though ganglions are often painless.

This is the term for tendinitis in the rotator cuff (the soft tissue at the top of the shoulder). It causes inflammation in the shoulder muscles and tendons, resulting in pain and restricted movement. Rotator cuff syndrome is usually seen in people who reach up a lot with their arms, such as painters, plasterers, swimmers and tennis players.

Caused by inflammation of the tendons, tendinitis can affect the hands, wrists, shoulders or elbows and develops as a result of overusing of a group of tendons.

Mostly affecting the hands, wrists and arms, tenosynovitis is caused by inflammation of the tendons as well as the protective sheaths that surround some tendons. Symptoms include aches, pain, tenderness and swelling.

This is inflammation of the flexor tendons of the hand, which makes it difficult for fingers and thumbs to bend on their own. It's thought to be caused by repetitive movements and having to grip objects for long periods of time.

This term is often used to describe muscle cramp caused by repetitive movements such as handwriting and typing.

Type 2 RSI (or non-specific upper limb pain), on the other hand, is when you have pain that cannot be diagnosed as one of these or any other specific condition.

The simplest way to treat RSI is to stop doing the movements that are causing it. There again, if your RSI is related to your work, that may not be possible – although some people may be able to change what they do at work or modify their working environment, either of which can help.

If you can’t stop or modify your actions at work, several things may help to relieve your symptoms on a temporary basis, including the following:

Protect yourself against RSI

There are steps you can take to help protect yourself against RSI, especially if your job is putting you at risk.

Meanwhile if you want to avoid developing a sports-related RSI, sensible precautions such as warming up and cooling down properly may help protect against muscle strain.

As well as conventional treatments, there are some natural supplements and treatments that may help to relieve symptoms such as inflammation and swelling, as well as support nerve and muscle health:

A herb widely used in Indian cooking, turmeric adds colour and flavour to curry dishes and has long been used in the traditional Indian system of herbal medicine called Ayurveda. It contains an antioxidant substance called curcumin, which is widely thought to have anti-inflammatory properties (vi).

The omega-3 fatty acids found in fish oils are also believed to have an anti-inflammatory action. In one study, people with acute and chronic non-specific neck and back pain were given omega-3 fatty acid supplements alongside prescription anti-inflammatory painkillers. After 75 days, 59 per cent had stopped taking painkillers while 88 per cent said they wanted to carry on taking the supplements (vii).

A mineral that may be useful for general muscle health, magnesium is found naturally in the body (the average adult has about 25g), with just over half found in the bones and the rest in soft tissues. It’s needed for more than 300 different biochemical reactions, including muscle and nerve function. If you don’t have a sufficient level of magnesium in your body, one of the symptoms may be muscle cramps or twitches. However, it’s thought that many people in the UK don’t get enough magnesium in their diet.

The group of B vitamins – and especially vitamin B6 – is believed to help maintain healthy nerves. There is even some evidence that those with a specific type of RSI – namely carpel tunnel syndrome – may be deficient in vitamin B6 (viii).

Meanwhile, therapies you could try include acupuncture, and magnet therapy (there is some evidence to suggest that magnets may offer relief of carpal tunnel symptoms) (ix).

Repetitive strain injuries can be painful and debilitating, so it’s important to try and treat them as soon as possible to avoid permanent damage. Following the tips above will help you do this.

For more advice on treatment of common conditions, read the dedicated resources in our health library. 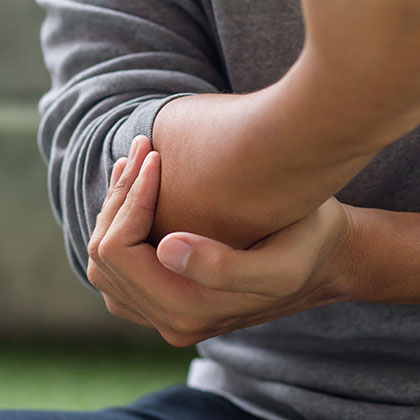 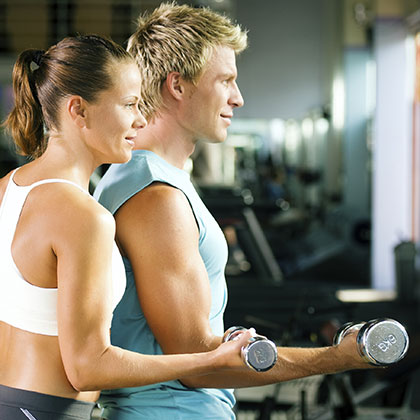 What is a Sports Injury? 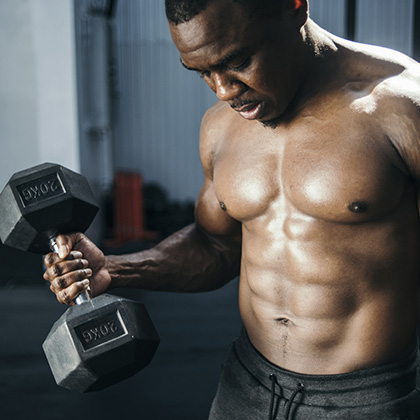