Skip to navigation
Home / Pharmacy Library / Immune Health: How to Give Your Immune System a Boost

Immune Health: How to Give Your Immune System a Boost

Our immune system is vital for our health. Without it we’d have no protection against harmful substances called pathogens, which include bacteria, viruses, parasites and other microorganisms that cause disease. But what is the immune system exactly, and how does it work?

Some of these store important immune system cells called white blood cells – or leukocytes – that circulate in the body in blood and lymphatic vessels. There are two main types of white blood cells: phagocytes such as neutrophils, monocytes, macrophages and mast cells that absorb and break down pathogens; and lymphocytes that produce antibodies (B lymphocytes) or destroy infected or otherwise compromised cells (T lymphocytes).

When a pathogen such as a bacterium, fungus or virus enters the body, proteins on its surface called antigens activate an immune response. Once B lymphocytes are alerted to the antigen they start making antibodies, which belong to a chemical family called immunoglobins. Some of these immunoglobins kill bacteria (immunoglobin M, or IgM) while others protect against parasites (IgE) or mark antigens for other cells to deal with (IgG).

There are also different types of T lymphocytes, the main ones of which are helper T cells (or Th cells), which co-ordinate the immune response, and killer T cells (cytotoxic T lymphocytes), which attack other cells and kill pathogens such as viruses.

Generally speaking, the more pathogens you’re exposed to, the stronger your immune system will become. This is because each time your immune system produces antibodies your body produces copies of them, then if the same pathogen gets into your system again it can be killed quickly. This could explain why children tend to pick up more colds and other viruses than adults.

There are three types of immunity:

Also called the non-specific immune system, this is the immunity you’re born with and includes barriers such as the skin as well as the mucous membranes of the throat and gut.

This is the part of your immune system that you acquire by being exposed to pathogens (and also by having vaccinations that contain antigens or weakened pathogens). This exposure helps your immune system to build up copies of antibodies that protect you against subsequent invasions of the same pathogens.

The innate and adaptive immune systems work together to react to pathogens and other harmful substances that enter the body.

We don’t produce passive immunity cells, but we get them from external sources – babies get them though breast milk, for example. This type of immunity is thought to help protect babies against certain infections during the early part of their lives.

While primary immune deficiencies are diagnosed typically during childhood, acquired immune deficiencies generally develop later in life and are often caused by using certain types of medication – immunosuppressants or chemotherapy drugs, for instance – or by having a medical condition such as diabetes or HIV infection.

A common example of a condition caused by an overactive immune system is allergy. This is when your immune system reacts to substances that are normally harmless – pollen or dust, for instance – resulting in a range of symptoms. In the case of anaphylactic shock, the immune system responds to an allergen (allergy-triggering substance) very strongly, so much so that it can be life threatening.

While your immune system becomes stronger as you get older, thanks to the antibodies it builds up as a result of exposure to pathogens, at a certain point it also starts to change and gradually deteriorate – a process known in the medical world as immunosenescence.

According to experts writing in the Annals of the America Thoracic Society, this process usually starts during the sixth decade of life (ii). And while it’s not yet clear exactly why immunity can become less strong in older adults, the following may affect you if you’re in your 60s or older:

Nobody knows exactly why this happens, but there are a few theories. For instance, older people may produce fewer T cells than younger people, which means their immune systems may find it harder to fight off infections (iii). This could be caused by a drop in thymus gland function, though it may also be caused by other changes.

Some scientists also think that the bone marrow in older people may generate fewer of the stem cells that produce immune system cells (iii). And some types of white blood cells such as macrophages are thought to destroy bacteria, cancer cells and other antigens more slowly with age – which may explain why cancer is more common among older people (iv).

Many other possible explanations exist as to why immune system function starts to deteriorate in older people. Many strategies to restore immunity have also been put forward, including stem cell therapy, hormone therapy and calorie restriction (v) – though there’s currently a lack of human clinical trials to back up any of these approaches.

How can you support your resistance?

Much has been written about the lifestyle changes you could make to support your immune system. However currently there’s no strong evidence to suggest they really do work, thanks arguably to the fact that the immune system is so complex and there’s still so much we don’t know about it.

However, research into the effects of factors such as diet, exercise and stress – among others – is ongoing. In the meantime, following a healthy lifestyle may be a good way to support your body in general (immune system included). The argument is that anything that’s good for your general health may help keep your immune system strong and healthy too.

With that in mind, here are some of the strategies you may want to consider adopting for an overall healthier you:

Besides making lifestyle changes to boost your overall health and wellbeing there are several nutritional supplements that may help support your immune system too;

If for any reason your diet isn’t as healthy as it should be all of the time, taking a daily multivitamin and mineral supplement may help support your health overall.

A popular medicinal herb, echinacea is used to relieve the symptoms of the common cold and influenza-type infections, based on traditional use only. There is also some evidence that various forms and species of echinacea may reduce cold symptoms and help you get over a cold faster (viii).

An essential nutrient that’s needed for many processes in the human body, vitamin C is believed to contribute to immune defence. It supports various functions of both the innate and adaptive immune system, with deficiency leading to impaired immunity and a higher susceptibility to infections (ix). Your body cannot make vitamin C, so it has to come from food and from vitamin supplementation. Many fruits and vegetables contain vitamin C, including berries, peppers, tomatoes, citrus fruit, kiwifruit, broccoli and potatoes.

Best known for maintaining bone health by helping the body absorb calcium, vitamin D is also thought to play a part in regulating innate and adaptive immunity, with deficiency associated with autoimmune issues as well as a greater susceptibility to infection (x).

However, vitamin D deficiency is thought to be common in some countries including the UK, which is why Public Health England advises that adults and children over the age of one should consider taking a daily supplement containing 10mcg of vitamin D, particularly during autumn and winter (xi).

The recommended form of vitamin D is vitamin D3 or cholecalciferol, as it’s the natural form of vitamin D that the body makes when it’s exposed to sunlight. Vitamin D3 supplements are available in tablet form, and now you can get them in veggie-friendly drops too.

Elderberries – which grow on the Sambucus tree – have a long traditional use for the relief of colds and flu. One study investigating the effect of a elderberry extract found it reduced flu symptoms by three to four days, and that it might also be beneficial for the immune system by increasing cytokine production (xii).

Acidophilus and other types of live bacteria are thought to help boost the immune system and reduce the risk of viral infections, with some studies suggesting they may help prevent and relieve symptoms of colds (xiii). Food sources of live bacteria include yoghurt, kefir, sauerkraut, miso and tempeh, but nutritional supplements that contain live bacteria are also popular.

Foods rich in zinc include meat, shellfish, legumes, nuts, seeds, dairy foods, eggs and whole grains. However, many people may not be getting enough in their diet. If you’re thinking of trying a zinc supplement, look for the mineral in its citrate form, as this is believed to be absorbed by the body more easily than some other forms. 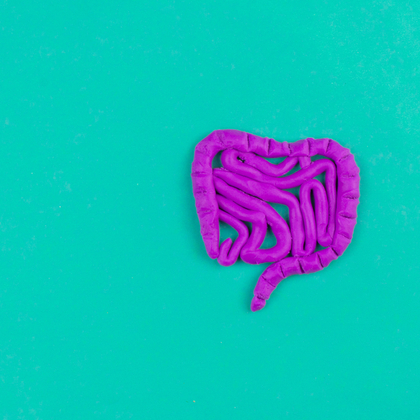 How Your Gut Health Is Linked to Your Immune System 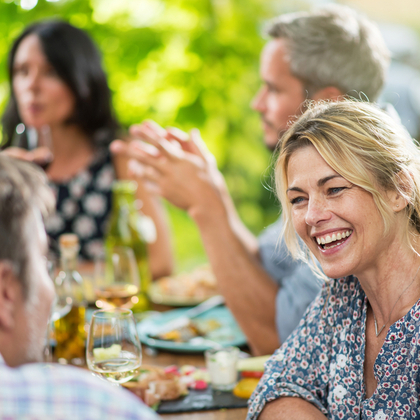 How Can You Strengthen Your Immune System? 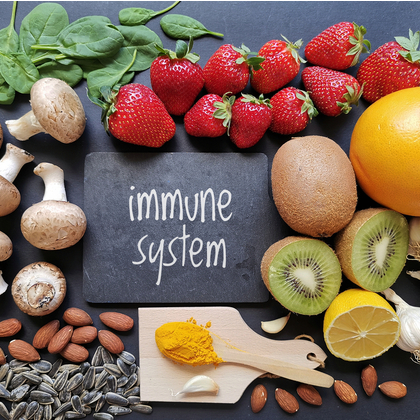 Understanding How the Immune System Works