Erectile dysfunction (ED) is often also called impotence, and is when a man cannot get or keep an erection. And while it’s quite normal to have the occasional problem with achieving or maintaining an erection, consistent or recurrent erectile dysfunction may be more common than you might think. According to the NHS, an estimated half of all men between the ages of 40 and 70 will have ED to some degree (i). The Men’s Health Forum also suggests 10 percent of men are thought to be affected by persistent ED (ii).

However, while erectile dysfunction may be more common in older men, it’s also true that men of any age can be affected by it. And while it may not be harmful to your health in itself, erectile dysfunction can be an early warning sign of a more serious health condition such as diabetes, high blood pressure, raised cholesterol and heart disease.

The problem is that many experts believe erectile dysfunction is a major cause of lack of sexual satisfaction as well as relationship difficulties. Indeed, erections are important to men because they are closely related to their sense of masculinity as well as their identity.

What happens during an erection?

After orgasm, the muscles in the corpora cavernosa contract, which allows blood to flow out of the penis again, reducing the blood pressure in the penis.

Many people may believe erectile dysfunction is something that happens when a man doesn’t find his partner attractive. But the truth is there are many things that may cause it, most of which are more likely than lack of sexual attraction. In fact, sexual desire is a hormonal process and as such doesn’t usually have a direct impact on erectile dysfunction though some men may avoid having sex because they fear they may not be able to achieve an erection.

Some experts believe that up to 25 per cent cases of erectile dysfunction – especially in younger men – have psychological causes (iii). Some of these include anxiety, stress, depression and relationship problems. Indeed, according to the Men’s Health Forum, 90 per cent of men affected by depression also have complete or moderate erectile dysfunction (ii) ). Certain physical health problems are also strongly linked with it, including the following:

Some of these medicines include the following:

If you suspect one of your medicines could be causing erection problems, don’t just stop taking it. Instead, speak to your GP about whether or not there may be an alternative drug you could try.

Another thing that can cause erection problems is regular heavy drinking. That’s because alcohol can damage the nerves leading to the penis as well as reduce testosterone levels and increase levels of the female hormone oestrogen.

Using illegal recreational drugs such as cannabis or cocaine is also linked to erectile dysfunction, as is smoking. In fact, smoking cigarettes is implicated in up to 80 per cent of cases of erectile dysfunction, possibly because of the way nicotine affects the blood supply to the penis (ii).

If you suspect you have erectile dysfunction, it’s important not to be too embarrassed to talk to your GP about it. You won’t be the first person they’ve seen with this problem, and there could well be a simple way to treat it.

Meanwhile, some of the medical treatments for erectile dysfunction with physical causes include prescription medicines and hormonal supplements (surgery such as penile implants is only used as a last resort).

These treatments include the following:

These drugs work by helping the blood vessels in the penis to relax, which improves blood flow. However they should be used with caution in men who have cardiovascular disease, such as coronary heart disease, and should not be used by men who are taking nitrate medicines, such as those prescribed for angina. You may know some of these drugs by their brand names, including Viagra, Cialis and Levitra. In some men these drugs may also cause side effects, which your GP should make you aware of.

This consists of a plastic tube connected to a pump that’s used to stimulate the blood flow in the penis. According to the NHS, nine out of 10 men using a vacuum pump are able to have sex successfully (iv). If you qualify for an NHS prescription for erectile dysfunction, you may be able to get a vacuum pump for free. However they’re not always available on the NHS.

A synthetic hormone that helps to stimulate blood flow, alprostadil is available as an injection into the penis or as a small pellet that’s placed inside the urethra (the tube in the penis that carries urine from your bladder). It is usually only given to men who cannot use PDE-5 inhibitors or vacuum pumps, and like PDE-5 inhibitors it is linked with several possible side effects.

Erectile dysfunction: how to help yourself

Making changes to your lifestyle can, in many cases, help improve the symptoms or reduce your risk of erectile dysfunction as well as give your general and heart health a boost. Here are some of the things you could do to help yourself:

Since smoking affects your circulation, many experts believe it’s directly associated with erectile problems in men too (v). Thinking about kicking the habit?? There are several stop smoking products that you could try, including lozenges, gum and patches that help relieve nicotine withdrawal symptoms.

Lose weight if you need to

If you’re heavier than you should be, it could be causing erection problems. Indeed, experts claim the connection between obesity and sexual dysfunction is a strong one (vi), with obese men far more likely to experience erection problems than men whose weight is normal. Obesity also increases your risk of developing conditions linked with erectile dysfunction, such as atherosclerosis.

Many people believe a drink or two can put you in the mood for sex. But too much alcohol may have the opposite effect thanks to the fact that alcohol can decrease the blood flow to the penis. In fact there’s evidence that more than 70 per cent of men who are dependent on alcohol are more likely to have a sexual problem such as erectile dysfunction (vii). Current guidelines state a moderate alcohol intake is no more than 14 units of alcohol a week for both men and women.

Drugs such as cocaine, marijuana, heroin, amphetamines and barbiturates are linked with erectile dysfunction.

Physical activity is thought to help reduce the risk of erection problems by improving the function of the endothelium, the inner lining of blood vessels that helps blood to flow smoothly. Men between the ages of 19 and 64 should aim for 150 minutes of moderate-intensity activity such as cycling or brisk walking every week (though cycling in this instance may not be ideal as it may damage key blood vessels, which may lead to erection problems (ii) ). Adult males should also do two sessions of muscle-strengthening activities a week – for instance, you could work out with weights, do push-ups, sit-ups and other similar exercises, or you could do a spot of hard work in the garden, such as digging and shovelling.

Stress is the opposite of an aphrodisiac because the hormones involved in the sexual response are affected by stress hormones such as cortisol and adrenaline. If you’re feeling stressed out, learning relaxation techniques will not just be good for your sexual health but your overall health too. Talking to someone about your problems may also help. Read more about stress and how to manage it.

As well as making important lifestyle changes, there are certain natural remedies that may help to keep erection problems at bay, including the following:

This Chinese herbal medicine is often recommended for memory problems because of the way it’s thought to boost blood flow to the brain. However some herbal practitioners also use it to treat erectile dysfunction. There is also some evidence to suggest ginkgo biloba enhances the effects of nitric oxide (viii), a substance that plays a part in the development of an erection by helping the muscles in the penis to relax, thereby increasing the blood flow. A few studies also claim that ginkgo biloba may be useful for people with sexual difficulties caused by taking antidepressants (ix).

Also sometimes known as Asian ginseng (or Panax ginseng), this widely used herb has been used in traditional Chinese herbal medicine for centuries. Today, it’s popular in all parts of the world with people of all ages. And there’s evidence to suggest it may help to improve sexual function in men (x).

This amino acid is thought to boost the body’s levels of nitric oxide. In fact, one study suggests men who take l’arginine in supplement form may experience an improvement in their sexual performance (xi). L’arginine749 is also found in a range of foods such as dairy products, meat, poultry and fish.

Low testosterone levels can cause erectile dysfunction problems. But there is some evidence to suggest the minerals zinc and magnesium could help to boost testosterone levels (xii). Zinc deficiency is also known to lower sexual function, which implies that taking a supplement may be helpful in some cases.

If stress is a contributory factor then this amino acid may be just the thing. One of the reasons most people find a cup of tea relaxes them more than a cup of coffee despite the fact that both beverages contain caffeine is that tea also contains a substance called theanine. This non-protein amino acid is found almost exclusively in green, black, oolong and pekoe tea, and is thought to stimulate the production of calming alpha brain waves. And while it will not make you feel drowsy, taking a theanine supplement could help make you feel more relaxed.

Find out more about a variety of other men’s health issues by visiting the men’s health section of our health library has a number of helpful articles. 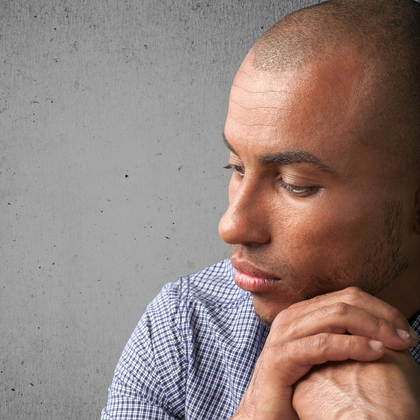 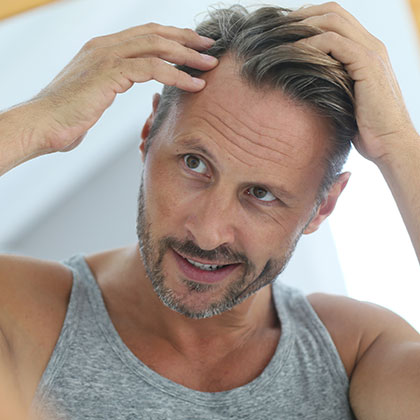 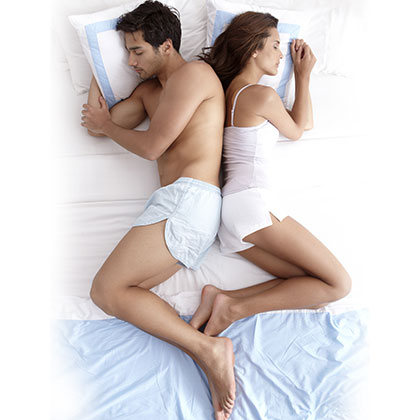