Women of a reproductive age have a monthly cycle where their bodies experience hormonal changes to prepare for pregnancy. If there is no pregnancy, the thickened lining of the uterus breaks down and bleeds, releasing from the body in the form of a period.

Endometriosis tissue is most often found inside the pelvis, around the ovaries and fallopian tubes, on the ligaments attached to the womb and in the area between the rectum and the womb. It can, however, be found less often in other places too, including the bowel, bladder, intestines, vagina and rectum. Very rarely it can be found in other parts of the body including the skin, eyes, spine lungs and brain. In fact, according to Endometriosis UK, the only part of the body that endometriosis hasn’t been found is the spleen (i).

The exact number of women who are affected by endometriosis isn’t known, as many women with mild symptoms may never be diagnosed. But experts from Endometriosis UK believe one in 10 women of reproductive age in the UK have the condition (ii).

Indeed endometriosis currently affects around 176 million women all over the world (ii). Here in the UK, it’s the second most common gyneacological condition, affecting a similar number of women as those affected by diabetes (ii).

Several theories exist about what causes the condition, including:

Yet despite it being such a common gynaecological condition, the exact cause of endometriosis is still unknown.

Most women with endometriosis get pain in the area between their hips and the tops of their legs, and some experience this pain all the time. Other common symptoms include painful or heavy periods, bleeding between periods, pain during and after sex and conception difficulties.

Other symptoms can include the following:

In rare cases where endometriosis tissue is found in the lungs, you may also cough up blood.

Infertility problems are the main complication of having endometriosis. This is often the result of endometriosis tissue growing over the reproductive organs. If endometriosis progresses to become moderate or severe, the tissue can cause scarring (often called adhesions, these are also referred to as sticky areas of tissue that can fuse organs together). An ovary can then become wrapped in adhesions, which means the egg it releases becomes trapped and can’t move down the fallopian tube where it may be fertilised before entering the uterus.

Your chances of getting pregnant depend on how severe your endometriosis is – though it should be noted that your age makes a difference too (according to the British Fertility Society, fertility in women starts to decline rapidly during the mid-thirties (iii) ).

Meanwhile, if you have endometriosis tissue in an ovary, it can form ovarian cysts (in some cases these cysts can become very large and painful).

Sometimes endometriosis can be confused with, or exist alongside PCOS. See our guide to understanding the difference between PCOS and endometriosis to help you pinpoint your condition.

According to Endometriosis UK, the condition affecting the bladder is rare (v). But in such cases endometriosis tissue can be found on the outer surface of the bladder or on the inside of the bladder lining or wall. This can cause a number of symptoms such as pain when you have a full bladder, sudden urges to urinate, bladder weakness, irritation and sometimes blood in your urine during your period.


Endometriosis can also affect the bowel, where tissue is found on the surface of the bowel or when it penetrates the bowel wall. Many women with bowel endometriosis have symptoms similar to those of irritable bowel syndrome (IBS), but those symptoms are often worse during the run up to and during a period. In severe untreated cases, large patches of endometriosis tissue can block the bowel or the ureter (the tube connecting the kidney to the bladder).

There is also some evidence that women with endometriosis may have an increased risk of inflammatory bowel disease (vi), as well as that of some cancers (including breast and ovarian cancer), autoimmune disorders and allergies (vii). It is not a cancerous condition, however.

The good news is endometriosis sometimes gets better without treatment – however it can get worse if it isn’t treated. According to the NHS, one option is to keep an eye on your symptoms and decide to have treatment if they get worse (viii).

How is endometriosis treated?

These are several treatments for endometriosis. However, there’s no cure and treatment – which aims to reduce symptoms – can often be difficult.

The type of treatment you may be offered will largely depend on how old you are and what your main symptom is. If your main symptom is pain – especially during your period – treatment may include painkillers or hormones to limit or stop your body producing oestrogen (oestrogen makes endometriosis tissue thicken and break down).

But if your main concern is that you’re having difficulty getting pregnant, you may be offered surgery. If your symptoms are mild and you don’t have fertility problems, or you’re approaching the menopause, you may get better without any form of treatment.

Hormone treatments can reduce the symptoms of endometriosis because they make your body produce little or no oestrogen.

These treatments include contraceptives such as the contraceptive pill or patch, or the levonorgestrel-releasing intrauterine system (LNG-IUS), as well as hormones called gonadotrophin-releasing hormone (GnRH) analogues, progestogens and antiprogestogens.

All of these treatments can have potential side effects and, in the case of the contraceptive treatments, will prevent you temporarily from getting pregnant (the others may also reduce your chance of pregnancy while you’re using them). According to the NHS, they are equally effective at treating endometriosis (viii).

Surgically removing or destroying areas of endometriosis tissue can improve the symptoms of endometriosis as well as improve fertility. If you want to have children, there are two options – laparoscopy and laparotomy. Both are performed under general anaesthetic, with laparotomy used for more severe and extensive cases (laparoscopy is a simpler operation, which is often referred to as keyhole surgery). If you don’t want any more children and other treatments haven’t worked, you may be advised to have a hysterectomy, where the uterus is removed. There are, however, several important implications of having a hysterectomy that you should discuss with your GP or gynaecologist before making a decision.

Having endometriosis can have a significant impact on your day-to-day life. As well as having to cope with intermittent or even permanent pain, you may also experience fatigue, low energy levels and depression.

Besides conventional treatments, there are some things you can do where your lifestyle is concerned. Some studies, for instance, suggest certain foods may increase the risk of endometriosis.

One study suggests women who eat a lot of green vegetables and fresh fruit are significantly less likely to have endometriosis, whereas those who eat a lot of beef and ham have an increased risk (x). Researchers elsewhere claim drinking alcohol may increase the risk of endometriosis (xi), particularly among women with fertility problems (xii). And certain chemicals such as polychlorinated biphenyls (PCBs) – found in pesticides – may also increase your susceptibility towards developing endometriosis (xiii).

As a result of these and other studies, many natural health and nutrition practitioners make various dietary recommendations for women with endometriosis, including the following:

Meanwhile, there’s also some evidence that exercise could help reduce the risk of endometriosis, since it’s thought that regular exercise helps to lower the amount of oestrogen in the body. This is backed up by at least one study, which suggests a link between a significantly reduced risk of endometriosis and regular high-intensity physical activity (xv).

As well as eating healthily and being physically active, there are several natural supplements you could take that might support your body and potentially ease the symptoms of endometriosis, including the following:

A source of omega-3 fatty acids, fish oils are widely thought to have an anti-inflammatory effect on the body. Omega-3 fatty acids may also help reduce menstrual problems such as menstrual pain (dysmenorrhoea) by having an effect on prostaglandins and other factors involved in pain and inflammation.

One study suggests taking omega-3 fatty acids for two months may reduce menstrual pain significantly (xvi), while another has found fish oils and vitamin B12 supplements may have a similar effect (xvii).

This mineral may also be useful for period pain, with studies suggesting it may significantly improve symptoms (one group of researchers claim magnesium reduces levels of prostaglandin F2 alpha, which is a chemical involved in period pain) (xviii). Taking a magnesium supplement may also benefit the seven out of 10 women thought to be getting insufficient magnesium from their diet.

This antioxidant vitamin is required for the growth and repair of tissues in all parts of the body, with many experts believing it’s important for healing. Vitamin C may be helpful for endometriosis as it’s involved in the way the immune system works (there’s a theory that immune function may play a part in the development of the condition). One study also suggests an antioxidant supplement containing vitamins C and E may help reduce chronic pain associated with endometriosis (xix).

These are naturally occurring plant substances that belong to a group of chemicals called flavonoids. They’re found in the pigments of dark and richly coloured fruits such as blueberries, blackberries, raspberries and red grapes, as well as other sources including grapeseed extract. Anthocyanidins may be helpful for endometriosis as they may help increase the amount of vitamin C in the body. They have also been shown to block the release of prostaglandins, which are involved in pain and inflammation (xx).

A vitamin-like substance (also sometimes called a pseudovitamin) found in many natural sources, myo-inositol – often called simply inositol – is a carbohydrate with a molecular structure similar to that of glucose. Myo-inositol may be helpful if you’re having difficulties conceiving, as there’s evidence to suggest it may help with menstrual regularity, ovulation and higher quality eggs when taken in combination with the B vitamin folic acid (xxi).

Endometriosis can be a difficult, and sometimes painful, part of your everyday life, but these steps should help to ease the symptoms. IF you’d like to discover more articles on a whole range of common health conditions, our is a good place to start.

Do I Have PCOS or Endometriosis? Understanding the Difference 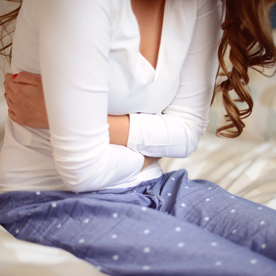 Understanding Your Period Pain: Is It a Sign of PCOS? 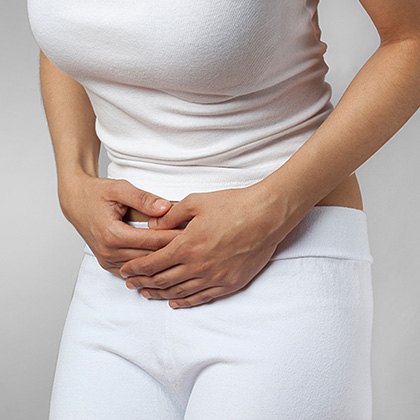