Coeliac disease is a digestive condition that affects around one in every 100 people in the UK (i). Women are two or three times more likely to be diagnosed with coeliac disease than men, with symptoms most likely to first develop in babies aged between eight and 12 months, as well as in adults aged between 40 and 60.

However, the number of cases could be higher than one in 100, say experts, since some experts suspect only 10 - 20 per cent of cases have been diagnosed as having coeliac disease (ii) (indeed, according to the charity Coeliac UK, around 500,000 people in the UK may be living with the condition without having been diagnosed (iii)). Some, for instance, may have such mild symptoms that they never seek help, while others may blame stress for their symptoms, or simply the fact that they're getting older.

Since the symptoms of coeliac disease are similar to some other digestive conditions - irritable bowel syndrome (IBS), for instance - many cases may also be misdiagnosed, says the charity (iv).

There are many symptoms of coeliac disease, and not all people with the condition will have the same symptoms or be affected to the same extent. Common symptoms include the following:

If a child suffers from coeliac disease, it may also affect their growth and overall development.

How is it diagnosed?

If your doctor suspects you have coeliac disease you'll be given a blood test to check for coeliac disease antibodies. If the test comes back positive you'll be referred to your local hospital, where a gastroenterologist will take a biopsy of your gut. The tissue sample is then examined, and the diagnosis can be confirmed. Another condition that may also be affecting your gut is gastritis, which your gastroenterologist will be able to identify.

Other people thought to have a higher risk of developing coeliac disease include those with type 1 diabetes, IBS, an underactive or overactive thyroid, epilepsy, rheumatoid arthritis, ulcerative colitis or a skin condition called dermatitis herpetiformis (a rash with red, raised patches, often with blisters, that commonly affects the elbows, knees, shoulders, buttocks and face). If you have one of these conditions, your GP may refer you for coeliac disease testing. Discover more about the symptoms of IBS on your body.

Experts don't really know why some people develop coeliac disease. But they do know it's an autoimmune disease that causes a reaction to gluten, a protein found in wheat, rye and barley (it isn't a food allergy or a food intolerance, as some people might believe). This means eating common foods such as bread, pasta, biscuits and pastry will trigger your symptoms.

Some find eating oats causes symptoms too, possibly because some oat products may be contaminated by gluten-containing grains during the manufacturing process.

If you have coeliac disease, every time you eat gluten your immune system sees a substance in gluten - called gliadin - as a threat (just as it does with bacteria, viruses and other germs). Your gut then reacts to gliadin by causing damage and inflammation. This, in turn, flattens the tiny finger-like projections in the lining of your gut that help your intestines to absorb and digest food. Once flattened, these projections - called villi - are unable to work effectively, and as a result you may not absorb the nutrients you need from what you eat.

The nutritional deficiencies caused by this process includes anaemia due to poor absorption of iron, vitamin B12 or folic acid, which can make you feel tired all the time. Not absorbing the nutrients you need could also make you lose weight, though experts claim most adults with coeliac disease don't lose weight and aren't underweight (v). Babies and children, on the other hand, may not grow or gain weight as expected if they have coeliac disease.

Meanwhile, the inflammation in your gut can also cause the digestive problems associated with coeliac disease, such as such as wind, bloating, constipation and diarrhoea.

While coeliac disease is an autoimmune disease rather than an allergy, intolerance or sensitivity to gluten, some people are thought to have a condition called non-coeliac gluten sensitivity (or gluten sensitivity), which produces similar gut symptoms when they eat wheat, barley or rye. The difference between the two conditions is that the immune system isn't thought to be involved in gluten sensitivity, and the lining of the digestive system doesn't become damaged.

Research into this area is relatively new, which means scientists are still finding out about the condition and how it may be treated. If, however, you have any of the symptoms of coeliac disease, it's important to ask your GP for a test. If it turns out you don't have coeliac disease - but you still get symptoms when you eat gluten - you can discuss the possibility that you might have non-coeliac gluten sensitivity with your medical team.

Coeliac disease is a lifelong condition that cannot be cured. It can, however, be effectively managed by following a completely gluten-free diet. This means avoiding foods such as bread, pasta, cakes, biscuits, pastries, pies, pizzas and many types of breakfast cereals, not just for a period of time, but forever.

These days, shopping for food when you have coeliac disease is much easier than it used to be, since the law now states anything that contains gluten must list it on the nutrition label. Since gluten is found in many processed foods, it's important to check the food labels of everything you buy. As well as checking for wheat, rye, barley and contaminated oats, avoid anything that contains the following:

Meanwhile unprocessed meat, fish, dairy foods, eggs, nuts, fruit, vegetables, beans and pulses are all gluten free. But check the label of any of these foods if they've been processed - for instance, fresh potatoes don't contain gluten, but some potato snacks, potato salad, potato waffles and crisps do.

The following foods are also gluten-free:

Most supermarkets and some pharmacies also stock a growing range of gluten-free foods, though these can be more expensive than non gluten-free varieties. You can, however, be able to get some basic gluten-free foods on prescription if you have been diagnosed with coeliac disease (ask your GP for details).

Unless you stop eating gluten entirely, you may end up developing one or more complications if you have coeliac disease.

If your body isn't fully absorbing nutrients, it can not only cause anaemia but also osteoporosis. This disease makes your bones become thin, brittle and weak, and in people with undiagnosed coeliac disease it can be a result of the body failing to absorb calcium and other nutrients required for bone health over time.

According to the NHS, people with coeliac disease have a slightly increased risk of developing certain cancers compared with the general population. This, however, is very rare. Cancers associated with coeliac disease include small bowel cancer, Hodgkin lymphoma and small bowel lymphoma. After following a gluten-free diet for three to five years, the risk of developing one of these cancers becomes the same as everyone else's (vi).

Coeliac UK claims having undiagnosed or untreated coeliac disease may play a part in cases of unexplained infertility (vii).

Once you've been diagnosed with coeliac disease and start following a gluten-free diet, it may take some time before your gut heals. During this time you may still not be absorbing nutrients as well as someone who doesn't have coeliac disease, which means you may still be at risk of developing nutritional deficiencies.

This is why many natural health practitioners recommend a high-strength multivitamin and mineral supplement to boost your nutrient intake and help your gut absorb the vitamins and minerals your body needs. Look for a high-potency supplement that contains key nutrients including B vitamins, zinc and vitamin D.

If you have coeliac disease, it's safe to eat plain fish - that is, fish without coatings such as breadcrumbs or batter - as plain fish is gluten free. Oily fish may be particularly beneficial, as the omega-3 fatty acids they contain are thought to help reduce inflammation (viii).

Many people - including those with and without coeliac disease - don't get sufficient omega-3s from food alone. If you're not eating enough oily fish (the NHS recommends at least two portions of fish a week, one of which should be oily (xi) ), you can get your omega-3s from a good-quality, high-strength fish oil supplement. Omega-3 supplements are also now available for vegetarians and vegans. These contain the natural triglyceride (TG) form of omega , which is sourced from plant organisms called microalgae instead of fish.

Meanwhile, if you're following a gluten-free diet, you may also be missing out on the fibre your body needs to stay healthy. According to the health charity Coeliac UK, gluten-free diets can be low in fibre and whole grains owing to the removal of the cereals wheat, rye and barley (xii). This is why people with coeliac disease should eat plenty of gluten-free whole grains, including brown rice, corn, amaranth, buckwheat, millet, quinoa and sorghum, to boost their intake of dietary fibre.

You could also try taking a fibre supplement containing an ingredient called FOS (fructo-oligosaccharide). FOS is an insoluble fibre sourced from plants including chicory root that promotes the growth of friendly bacteria in the gut and is safe to take long term.


While managing coeliac disease can be difficult, following these steps may help to make it a little easier. For more information on a number of other common health conditions, feel free to visit our health library. 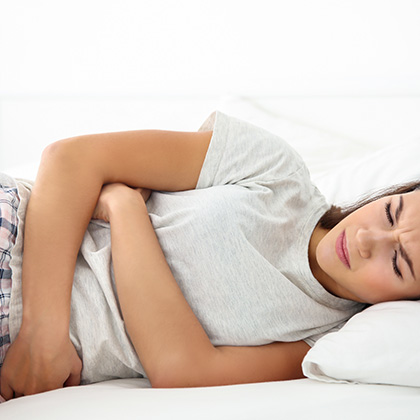 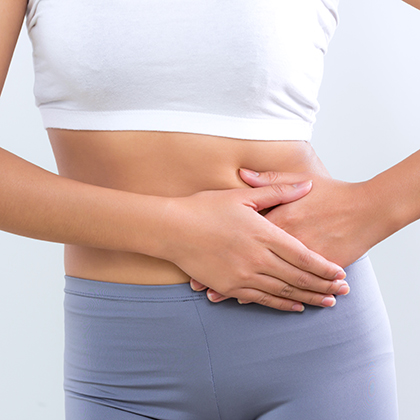 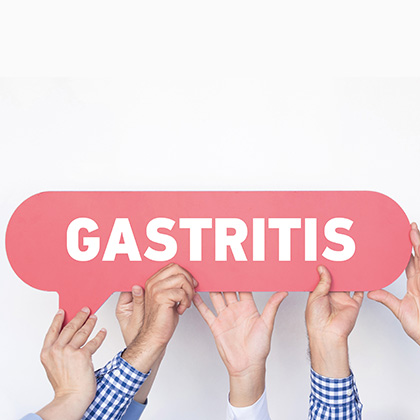 What causes Gastritis? Symptoms, treatments, and foods to avoid