According to Patient, about one in 300 people in the UK has CFS with women three times as likely to be affected than men (i). Symptoms often develop in people in their early 20s to mid 40s, though children can also be affected, usually during their early teens. Around 17 million people worldwide are thought to be affected, though the charity ME Research UK believes this figure is no more than a rough guess (ii).

As the name suggests, the main symptom of CFS is physical and mental fatigue. It often affects one person differently from the next, but most people experience persistent fatigue that doesn’t improve, no matter how much sleep or rest they get.

According to the National Institute for Health and Care Excellence (NICE), the physical symptoms of CFS can be as disabling as multiple sclerosis, rheumatoid arthritis, congestive heart failure, systemic lupus erythematosus and other chronic conditions (iii). And not only does it place a substantial burden on those who have CFS, it also affects their families and carers.

CFS has been – and still is – a controversial condition. As well as not being able to agree on what to call it, experts are also not clear on how to define it, what causes it and how to manage it.

For many years, some health professionals questioned whether it was even a real illness. Thankfully these days it’s recognised as such by bodies including the World Health Organisation, the Department of Health and the Royal Colleges of Physicians, Psychiatrists and General Practitioners.

Even now, however, there is a debate about whether or not CFS is a single illness or a number of different types of an illness, which may explain why CFS symptoms and their severity can vary so much from one sufferer to the next.

As yet there is no confirmed cause of CFS – despite the fact that there are several theories – nor any commonly accepted cure or universally effective treatment. The World Health Organisation (WHO) classifies it as a neurological illness (iii), with the charity Action ME describing it as a long-term, fluctuating, neurological condition that causes symptoms affecting many body symptoms, more commonly the nervous and immune systems (iv).

Some of the things that have been suggested as a cause of CFS in some people include the following:

Some health professionals believe CFS can be triggered by a viral infection such as glandular fever, or a bacterial infection such as those that cause pneumonia or tuberculosis (v). According to the charity Action for ME, some types of herpes viruses may trigger CFS, as may viral meningitis, labyrinthitis, gastroenteritis and Hepatitis A, B and C (vi)..

According to the NHS, problems with the immune system have also been suggested as possible causes of CFS (v).

Hormonal balances have been named as possible CFS triggers too. Some medicines may also cause CTS, including certain treatments for breast cancer.

According to the ME Association, an accident or an operation may trigger the symptoms of CFS.

Some cases of CFS, says the NHS, have been linked to mental health problems such as stress and emotional trauma (v).

Since CFS can affect more than one family member, some experts believe genetics may be involved. According to Action ME, there are some studies to suggest genes may play a part in the development of CFS, while other studies indicate the involvement of environmental influences (vii).

Certain things are also thought to make CFS worse, including stress, depression, a poor diet, lack of exercise (or too much exercise) and recurring bacterial or viral infections.

The main symptom of CFS is continuing physical and mental fatigue. But many people with CFS have other symptoms too – though most don’t have all of them. These symptoms can start fairly suddenly or much more gradually. Here are some of the other things you may experience if you have CFS:

Symptoms affecting those with CFS vary widely, plus you may find your symptoms fluctuate a great deal in terms of their severity and intensity, even during the course of a single day.

If your symptoms are mild you can usually care for yourself, but you may need days off work to rest. Moderate symptoms, on the other hand, can cause reduced mobility as well as disturbed sleep patterns, which means you may feel the need to sleep during the daytime.

Meanwhile if your symptoms are severe, you may have significantly reduced mobility and may feel unable to concentrate, though you may be able to carry out simple daily tasks.

The good news is there may be times when your symptoms get better, which means you can carry on living your life normally. But at other times you may experience a flare-up, which is when your symptoms become worse. However, experiencing these symptoms isn’t a certain diagnosis of CFS. Learn more about that your symptoms of tiredness and fatigue may be caused by.

The trouble with CFS is that it shares many symptoms with other conditions. That means it can take some time before you get a confirmed diagnosis. However, these days doctors have clear guidelines to help them diagnose CFS.

However if you have persistent or recurrent tiredness that can’t be linked to another condition, if it reduces the amount of activity you can do substantially, if you feel worse after exercising and if the tiredness is new or has a clear starting point (in other words, it hasn’t always been a problem), your GP may diagnose you with CFS.

Currently there is no accepted cure or universally effective treatment for CFS. There are treatments that help reduce the symptoms of CFS, though some of these work in some people but not others. Over time, some people with CFS get better and return to completely normal health. Some have good and bad periods of health. Only a significant minority of people with CFS remain severely affected.

If you’re diagnosed with CFS, the main treatments you may be offered include graded exercise therapy (GET) and cognitive behavioural therapy (CBT).

Activity management may also be used as part of a treatment programme for CFS. This involves setting individual goals and gradually increasing activity levels. Pacing may be useful too. This basically means not overdoing things or pushing yourself too hard, and increasing your periods of activity gradually, making sure you get plenty of rest in between.

Some people who have CFS – depending on their symptoms – may also be prescribed antidepressants or painkillers.

Find out more about the symptoms, diagnosis and treatment of CFS at www.meassociation.org.uk and www.actionforme.org.uk.

Ways to help yourself

There are several positive things you can do to help yourself if you have CFS or even if you experience tiredness and fatigue but not on a constant basis. These include the following:

It is also important to try and come to terms with the restrictions having CFS may have on your lifestyle, especially if you were previously fit and active. Trying to keep going isn’t likely to do you much good, and may even make your symptoms last longer. Finding a happy medium between taking some exercise and not being so active that you make yourself permanently exhausted may be useful.

Many natural health practitioners also recommend nutritional supplements for people with CFS, including the following:

The essential fatty acids found in oily fish may be useful if having CFS is making you feel tense, since there is some evidence fish oils help reduce the effects of stress (viii). Scientists elsewhere have also discovered that people with CFS may have low levels of omega-3 fatty acids (ix). And an older, relatively small-scale study has also found that taking a combination of fish oils and evening primrose oil over a three-month period may help improve CFS symptoms (x). In this study, many of the participants who had CFS were also found to have abnormal essential fatty acid levels.

This amino acid is used in the body to convert fatty acids to energy, and is widely used as a supplement by those who take part in sports and exercise. Back in 1997, researchers discovered some people with CFS had low levels of carnitine. They also found carnitine supplements may be beneficial for those with CFS (xi). More recently, researchers writing in the journal Biomedical Pharmacotherapy suggest certain nutrient deficiencies appear to be important in CFS symptoms, one of which is a deficiency of carnitine (xii).

Though there is no clinical evidence to suggest Siberian ginseng (Eleutherococcus senticosus) is useful in relieving the symptoms of CFS, this herbal remedy is widely used to counteract the negative effects of stress, particularly in Russia and Eastern Europe (xiii).


Managing a CFS can be difficult, but with this guide, we hope to make it a little easier. If you’d like to find out even more information on a number of other common health conditions, visit our health library for some helpful advice. 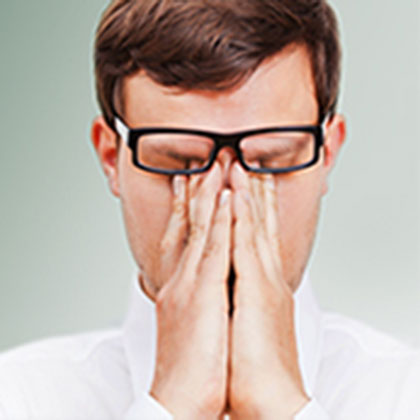 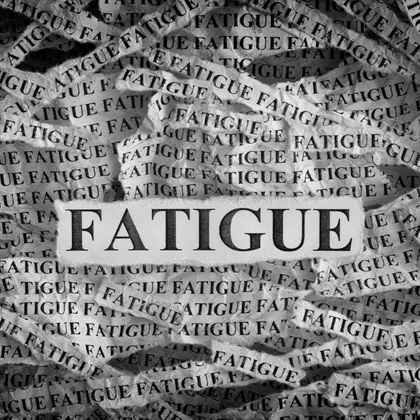