Growing pains are pains that affect children. But despite their name, they don’t seem to have anything to do with the growing process itself. This is why, in the medical profession, growing pains are often given another name: benign nocturnal limb pains of childhood, episodic childhood musculoskeletal pain and recurrent limb pain in children are a few examples – though the term growing pains is still widely used.

A French doctor, Marcel Duchamp, first described growing pains as a recurrent leg pain syndrome of early childhood in 1823. But despite the fact that we’ve known about them for a long time, growing pains are still poorly understood, particularly in regard to what causes them.

Who gets growing pains?

Growing pains – which typically affect the legs and happen during the evening or night – tend to start in early childhood around the age of three to four years and stop by around the age of 12 or thereabouts (or when a child reaches adolescence) (i). They are very common, affecting up to a third of children (ii), with girls slightly more effected than boys (iii).

Growing pain symptoms can vary in frequency, duration and severity from one child to the next, with some experiencing pain every day and others affected once or twice a week (iv). Meanwhile pain attacks can also be random with no obvious pattern (v), and can come and go with days, weeks or even months in between.

The good news is growing pains aren’t usually a sign of anything serious – for instance, they haven’t been found to increase the risk of developing arthritis or growth problems (v). However because they can disrupt a child’s sleep, growing pains can be quite stressful, both for the child affected and their parents.

What are the symptoms of growing pains?

Growing pains usually happen during the evening or night, though some children can be affected at other times of day too, typically from the late afternoon onwards. When they happen at night they can be severe enough to wake a child up. The pain itself is usually felt in both legs and in muscles rather than in joints, including:

In a few cases, growing pains can affect the arms as well as the legs.

Some children experience mild discomfort with growing pains, while for others the pain – often described as aching, cramping or throbbing – can be quite severe. The pain can also last anything from minutes to hours, but by the morning it nearly always disappears and affected children usually remain pain-free during the day. Some children, however, can also experience headaches while they’re having a pain attack.

When should you see your GP?

Leg pain can also be caused by other more serious problems, such as juvenile idiopathic arthritis, septic arthritis, cellulitis, sprains, strains, stress fractures, shin splints, nerve injury, restless leg syndrome, fibromyalgia, bone cancer or leukaemia. So if your child experiences leg pain with any of the following, take them to see their GP:

Despite the fact that we’ve known about growing pains, we still don’t know exactly what causes them. For some time it was thought that the pain was caused by bones growing – but we know now that growth spurts don’t play any part in the condition.

Researchers have put forward a range of theories as to what causes growth spurts, though no one study has yet come up with any real conclusive evidence. For instance, many years ago growing pains were thought to have been caused by rheumatic fever, though this theory was disproved in the 1930s (vi).

Other studies have put forward theories that growing pains are caused by poor posture, suggesting that they are linked with foot pronation (that is, when the foot rolls inward on impact with the floor when walking or running). Elsewhere scientists have suggested children with growing pains are more likely to have a parent with restless leg syndrome, or that they have lower tibial bone strength than those who don’t have growing pains (vii). Some have also proposed that growing pains may be a result of having a lower-than-average pain threshold (viii).

In the past it was also proposed that growing pains could be caused by emotional upset (ix) – though this idea isn’t particularly robust, since many children with growing pains aren’t also experiencing stress or unhappiness.

Another potential cause of growing pains may be having low levels of vitamin D. Indeed, some experts suggest that taking a daily vitamin D supplement has been shown to have positive effects on (x).

According to the UK government, everyone should consider taking a daily vitamin D supplement during the autumn and winter months, as it can be difficult to get the amount you need when sunlight is in short supply:

Look for a supplement that’s easy for children to take, such as vitamin D drops (choose a supplement containing the D3 form, as this is the natural form of vitamin D your body makes when you’re exposed to sunlight).

What can you do to help your child?

There is no specific treatment for growing pains, other than giving your child pain relief (the NHS recommends giving children’s ibuprofen or paracetamol to help ease the pain – never give aspirin to children under the age of 16 unless a doctor prescribes it (xi)).

It may also be a good idea to keep a diary of when your child has growing pains to help you pinpoint when they’re most likely to happen (after they’ve done a lot of exercise or had a busy day, for instance). If you can predict when they’ll have a problem, you could even try giving them painkillers before physical activities or at bedtime to prevent the pains from starting and waking them during the night.

Besides using painkillers there are a few other things you can do as a parent that may help ease growing pains, including:

Can stretching the muscles help?

Encouraging your child to do leg stretching exercises during the day may help prevent pain at night – though this may be difficult for younger children. Some of the stretches you could try include the following, which should be practised twice daily:

The hamstring is the muscle at the back of the thigh.

The quadriceps are the muscles at the front of the thigh.

If your child has growing pains you may want to consider giving them vitamin D supplements. Keeping them as healthy as possible is also a good idea, including making sure their diet is nutritious and balanced. Children with growing pains should also be physically active, but try to encourage them not to overdo it, since exercising too much or too vigorously could bring on their pains.

Supplements that contain omega-3 essential fatty acids – such as fish-oil supplements – may also help support your child’s overall growth and development. Fish oil supplements can be particularly useful if they don’t like eating sardines, pilchards, salmon or other oily fish (according to the NHS a healthy balanced diet should include oily fish – boys can have up to four portions a week but girls should be limited to two portions weekly (xii)). Choose a supplement that’s suitable for your child’s age, and if they don’t like swallowing tablets try giving them a chewable supplement with a kid-friendly taste.

Growing pains can make life difficult for children and their parents. But they aren’t serious, and most children grow out of them by the time they reach puberty. This guide shows you what you can do to help your child when they are experiencing leg pain and how to keep them healthy at the same time.  For lots more information on a range of children’s and adults’ health conditions visit our pharmacy health library. 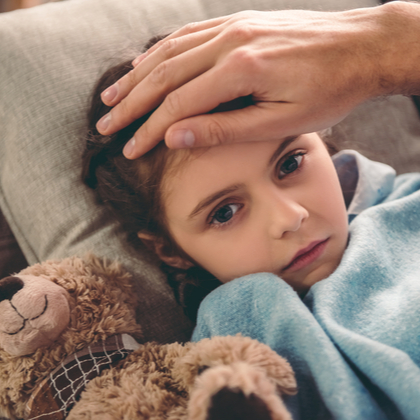 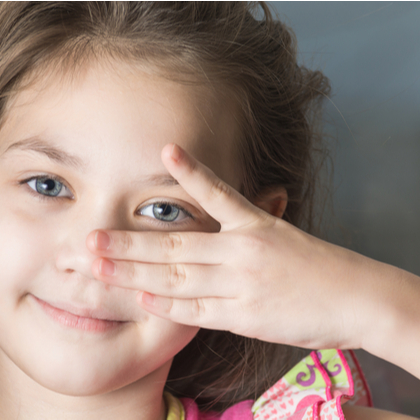