If you or someone close to you has been diagnosed with PCOS, getting to grips with what the condition is can be difficult. With so many different sources of information and medical jargon used to explain what it actually is, this process can be a confusing one. Whilst all of this clinical information may seem daunting, it can actually be incredibly important when it comes to managing your symptoms.

So, let’s go back to when it was first discovered. In 1935 doctors Stein and Levanthal, first formally identified PCOS (polycystic ovary syndrome) as a condition - is an endocrine (a chemical messenger system of hormones and glands) disorder that for many years was originally known as the Stein-Leventhal syndrome. It’s now named after one of several symptoms that are thought to be caused by an underlying and, as experts now understand, complex hormone imbalance.

This symptom – polycystic ovaries – refers to ovaries that contain many small cysts (usually twice as many as normal small sacs, usually 12 or more). However, these aren’t cysts in the true sense of the word at all, as they are very small – usually, around 5 -7mm in diameter – and they don’t contain liquid nor do they get bigger or bursti. In fact, these ‘cysts’ are follicles – often described as sacs or swellings – within the ovaries that haven’t developed properly into eggs.

Most women with PCOS become affected in their late teens or early 20s, but the symptoms can start later - PCOS symptoms can also arise when you reach the menopause and occur beyond this. Leading PCOS charity Verity has stated that up to one in five women are affected. For each of you, the condition will manifest differently and bring its own challenges.

The ovaries – two marble-sized glands that lie on either side of your uterus – usually release an egg into one or the other of your fallopian tubes each month, a process known as ovulation. Each egg develops within a follicle in one of the ovaries. And while several follicles start developing into eggs every month, only one usually matures fully enough to be released. But if you have PCOS, you may have twice as many undeveloped follicles as normal and, for reasons nobody yet understands and none of these follicles will develop to maturity.

Having lots of these little cysts is very common, with some experts claiming they can be seen in up to 33% of women of reproductive ageii. However, not all women who have polycystic ovaries have the features of PCOS.

What are the main features of PCOS?

To diagnose whether you have PCOS or not, healthcare professionals look for the following symptoms. If you have signs of two or more of these symptoms it is most likely that an official diagnosis will be made.

* Polycystic ovaries (as shown via an ultrasound scan). Your doctor will refer you to a specialist which will perform the scan, with the results being passed back to your healthcare professional.

If your period irregularly or completely absent, it means you may have irregular periods or a complete lack of periods. This can affect your fertility, and many women with PCOS find it difficult to become pregnant - but  this is not true for every woman with PCOS. Understanding the link between PCOS and fertility can be an integral part of managing your condition.

Meanwhile, if you have PCOS your ovaries may produce higher-than-normal levels of the hormone testosterone. Despite being called a male hormone, testosterone is produced in small amounts by women too – by the ovaries – as it’s needed for a number of different processes in the body.  Most of the testosterone in your bloodstream is bound to proteins called sex hormone-binding globulin (SHBG) and albumin, while the rest isn’t attached and classed as free testosterone. Free testosterone is the type that’s active in your body, and even a slight increase is thought to suppress normal ovulation.

These higher levels of free testosterone can trigger a range of symptoms, such as excess facial or body hair often accompanied by thinning hair and hair loss from the scalp, as well as oily skin and acne on the face, back and chest. There are a number of natural remedies that women can use to control PCOS-related acne breakouts.

Some PCOS women may also have abnormalities in other hormones that are involved in the menstrual cycle, including high levels of luteinising hormone (a hormone that stimulates ovulation), and low levels of follicle stimulating hormone (also needed for ovulation), progesterone and SHBG.

Some may also produce higher-than-normal levels of oestrogen, which can lead to endometrial hyperplasia, a condition where the lining of the uterus (the endometrium) becomes too thick. This can cause intermittent and heavy bleeding, as well as raise the risk of endometrial cancer in the long term.

Finally weight gain is commonly an issue for women with PCOS – particularly around the abdomen (apple shape).

Whilst all of these symptoms may seem intimidating, all of them can be managed with the correct expertise and self-care.

Another key identifier of PCOS is insulin resistance. This is where your body does not respond normally to the hormone insulin and becomes resistant to the effect of normal insulin levels. It all relates to your blood glucose levels - linking PCOS to an increased likelihood of developing type 2 diabetes. Up to 70%iii of women with PCOS are thought to be affected by insulin resistance.

Some experts also believe high levels of insulin may be linked to weight gain (which itself fuels insulin resistance), irregular periods and fertility problems. It may contribute to high testosterone levels too, since having too much insulin in the bloodstream may affect the ovaries and make them produce too much testosterone. If you have high levels of both insulin and testosterone, it could interfere with the development of follicles in your ovaries, so many follicles may start developing, but seldom develop fully.

A condition called acanthosis nigricans is also thought to be a sign of insulin resistance and is sometimes seen in women with PCOS. This affects the skin, usually in places such as the folds of the neck, under the arms and in the groin, where it produces brown or black patches of hyperpigmentation.

You may also find that the condition may affect you emotionally as well as physically, as many women with PCOS are affected by problems such as depression, anxiety, low self-esteem or mood changes. In fact, it’s been found that if you have PCOS you are much more likely to suffer from some sort of psychological distress than the general populationiv.  This isn’t exactly surprising, as some of the symptoms – such as weight gain and unwanted body hair – can be challenging in themselves.  Many believe stress may be an important factor in the development of PCOS too, since it may trigger the release of androgens plus a hormone called cortisol that may lead to high blood sugar levels.  And because PCOS is associated with snoring and sleep apnoea, women who are affected may find they frequently feel tired during the day. There are a number of stress management techniques, like meditation and breathing exercises, that PCOS women can use to help reduce the impact of stress upon the body.

However, the severity and symptoms of PCOS tend to vary widely from one person to another, and not all women with the condition will have all of the symptoms. With the right support network and measures in place, you can deal with and control these symptoms much like the physical symptoms.

If you’re diagnosed with PCOS, one of the first things you may be advised is to change your lifestyle in order to lose weight. This includes taking regular exercise and having a healthy balanced diet with at least five portions of fruit and vegetables a day. Many nutritional practitioners also recommend increasing the amount of fibre and protein you eat while having less sugar, salt, refined foods and trans and saturated fats. Following a ketogenic diet might be a good way to start.

Depending on your symptoms you may be advised to take one or more medical treatments if you’ve been formally diagnosed with the condition. These include a medicine called metformin, which may help lower your insulin and blood sugar levels; clomifene to trigger ovulation; and drugs that block the effects of androgens such as finasteride, spironolactone or cyproterone acetate. If you don’t want to become pregnant, you may be prescribed the contraceptive pill to induce a monthly bleed.

However, as well as eating healthily and taking regular exercise there are several natural options thought to be helpful for the treatment of PCOS symptoms that are less likely to produce side effects than conventional medicines. These include myo-inositol, magnesium and vitamin D as well as nutritional supplements that help reduce inflammation since some experts believe PCOS may also be linked with low-grade inflammation in the bodyv.

Despite this overwhelming amount of information, it is vitally important that you are aware of all of the potential symptoms and technicalities of PCOS. With this knowledge, you can ensure that you can resume a happy and full life, with just a little awareness and the correct support. To educate yourself even more on PCOS, take a look around our PCOS hub. 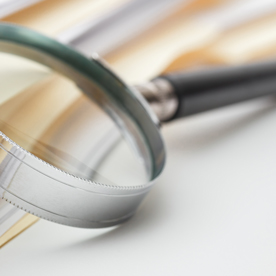 What causes PCOS? What we know so far 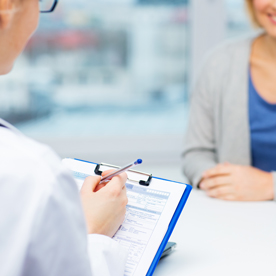 The long term health effects of PCOS: everything you need to know 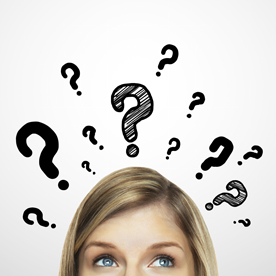 Do I have PCOS or Endometriosis? Understanding the difference